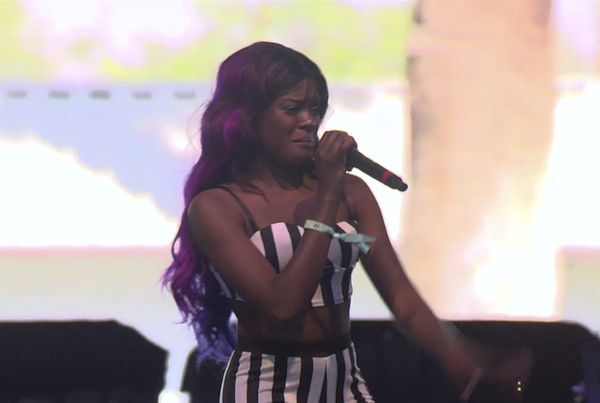 Azealia Banks, one of the most anticipated acts at Coachella this year, took the Gobi stage to one of the biggest audiences she’s ever performed for on her first US tour dates.

Sporting a striped corset top and matching pants, utility boots, and wavy purple hair, Banks was backed by DJ Cosmo and two sick back up dancers who took a moment during the set to do a kind of dance off. The crowd was pretty massive and reminded us of Odd Future’s much hyped set at last years festival.

She played as many tracks of her own as she could including “Liquorice”, a cover of Amy Winehouse’s “Just Friends”, and huge hit “212” which she played at the end of the set fading into Prodigy’s “Firestarter”. The short Coachella set early in the day was perfect for Banks as she still lacks enough songs to fill even this time slot. Check out some photos  and a video of the live stream below. 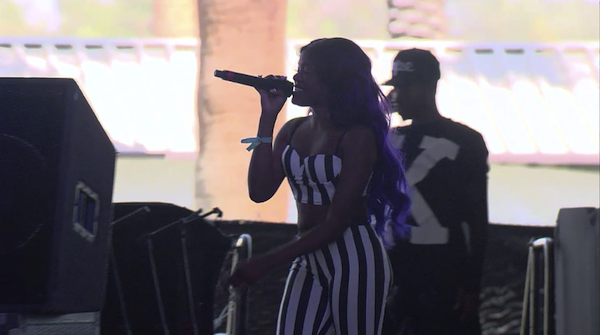 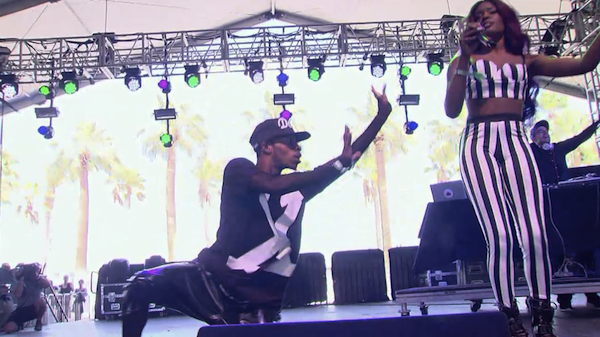 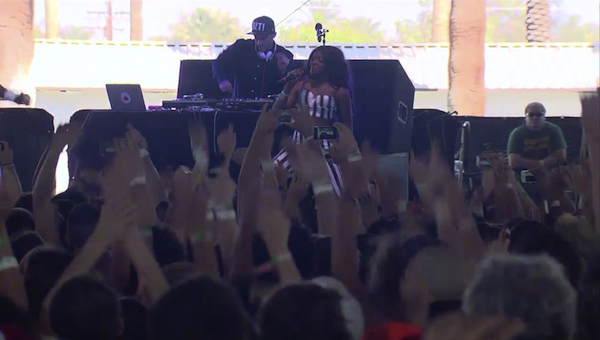