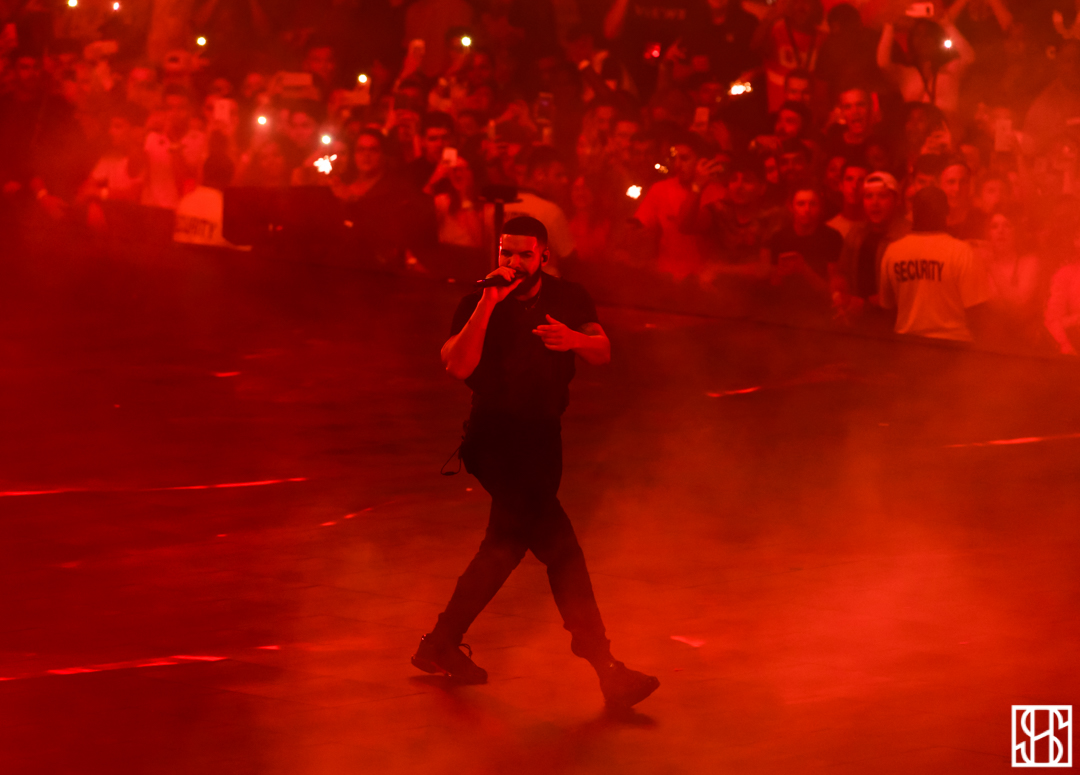 Last night marked the first of two stops in Toronto for Drake’s Aubrey & The Three Migos tour and the hometown energy was just as high as expected. Although the stop followed a postponement and a cancellation, thousands of proud Torontonians filled the Scotiabank Arena in hopes of catching a glimpse of some of their hometown heroes.

The show began with a short set from official tour opener and Toronto-based OVO Sound signee Roy Woods. While the set was plagued with sound issues, Woods managed to get the crowd energized during the first portion of the show and made a point of shouting out his nearby hometown of Brampton, Ontario (to loud cheers around the stadium). The young artist finished his set with a special performance from fellow OVO signee Baka Not Nice and his hit song “Live Up To My Name.”

Travel complications unfortunately only allowed for two of the three Migos to perform at the first Canadian show of the tour but Quavo and Takeoff delivered a loud, banger-filled performance despite being without their counterpart. The set was packed with non-stop energy (and Migos staples like “Ice Tray,” “Hannah Montana,” “Pipe It Up,” “Fight Night” and more – only stopping to declare love for Toronto and appreciation for continuous support from their tourmate and collaborator’s hometown.

After a short clearing of the stage, a large curtain dropped around the entirety of the wide open space and the 6 God emerged to a sold-out hometown crowd of over 17,000 people. While the Jumbotrons changed from blank screens to imagery of the ‘A SIDE’ of his recently released Scorpion album, Drake immediately launched into short-but-powerful performances of “8 Out of 10,” “Mob Ties” and his Jay Z collab, “Talk Up.”

The curtain was drawn back and The Boy himself was revealed to the crowd as he took his city through a whirlwind of classic Drake hits like “Best I Ever Had,” “HYFR,” “Headlines” and “The Motto.” The energy in the stadium only ever took a short pause for an interlude, a message from Drake to the audience, a short re-appearance from Migos and finally – a special guest performance from Travis Scott during their recent collaboration “Sicko Mode.”

Before leaving the stage for the last time and saying goodbye to his beloved hometown, Drake made sure to thank each and every audience member for supporting him throughout his career. “You made me the man I am today, you made me the artist I am today. I’mma rep you to the day they take me off this earth,” he said to the crowd.

He exited the stage and shouted to the sea of fans – “Everybody in here make some motherfucking noise if you’re proud to be from the greatest city in the world.” And they all did.