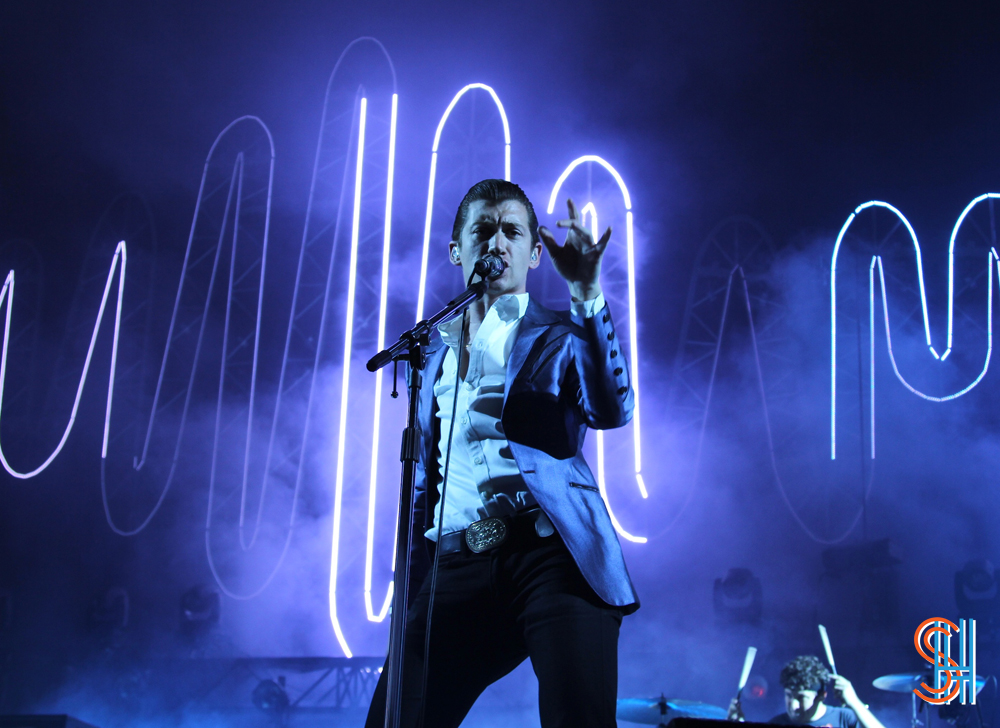 After an action packed week of incredible and plentiful live music, courtesy of the North by North East music festival here in Toronto, British rockers Arctic Monkeys took to the stage for a very non-NXNE show. The Arctic Monkeys have come a long way since storming onto the scene as young anxiety teenagers with Whatever People Say I Am, That’s What I’m Not in 2006. The band, specifically frontman Alex Turner, have matured into fully-fledged rockstars. Especially after listening to their latest release AM, you can see that they have absorbed and integrated the rockstar knowledge they learn after their time in the desert with Josh  Homme.

After watching Alex groove and shake, singing and playing the guitar, all the while looking sharp as fuck in his bespoke suit, you can tell that these boy, *ahem* men, take their music seriously. Through smoke and fog the whole band oozes cool, doing so with a swagger that is rare in modern rock acts, or at least actually believable.

It was a solid and slick stadium rock show that had the sold out, 16,000 capacity audience singing and screaming along to every song. It was thoroughly enjoyable. Take a look through the setlist and our pictures below.

Do I Wanna Know?
Snap Out of It
Arabella
(snippet of War Pigs by Black Sabbath)
Brianstorm
Don’t Sit Down ‘Cause I’ve Moved Your Chair
Dancing Shoes
Library Pictures
Crying Lightning
Knee Socks
My Propeller
I Bet You Look Good on the Dancefloor
Fireside
No. 1 Party Anthem
Suck It and See
Why’d You Only Call Me When You’re High?
Fluorescent Adolescent
505
Encore:
One for the Road
I Wanna Be Yours
R U Mine? 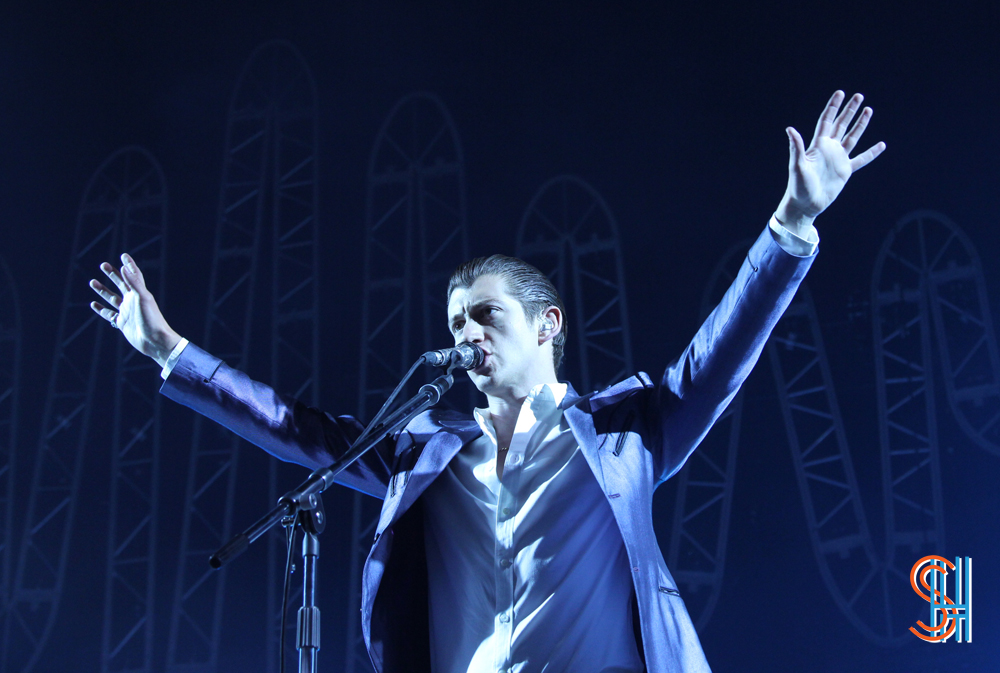 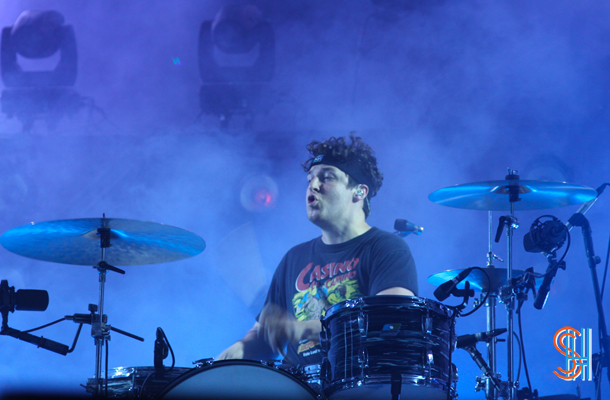 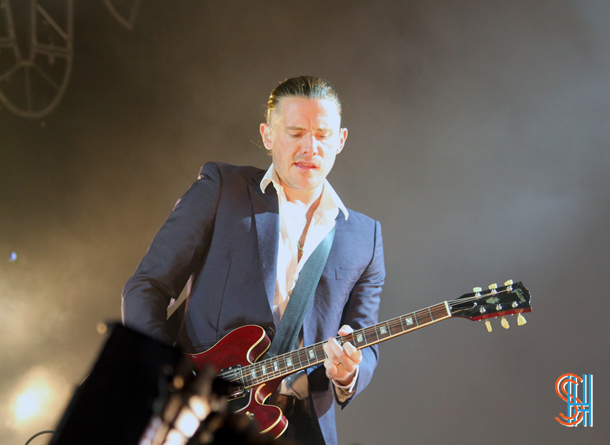 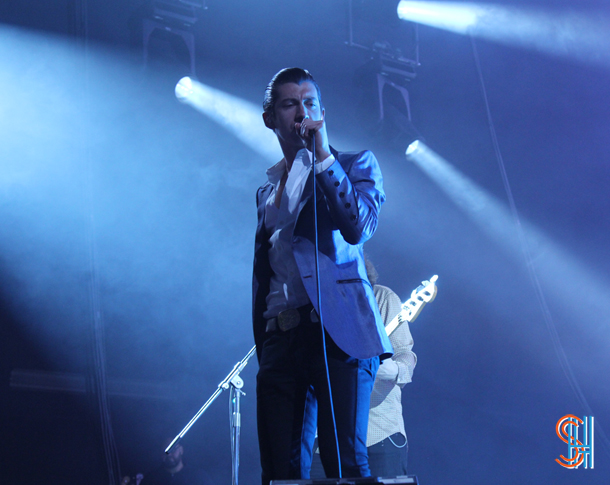 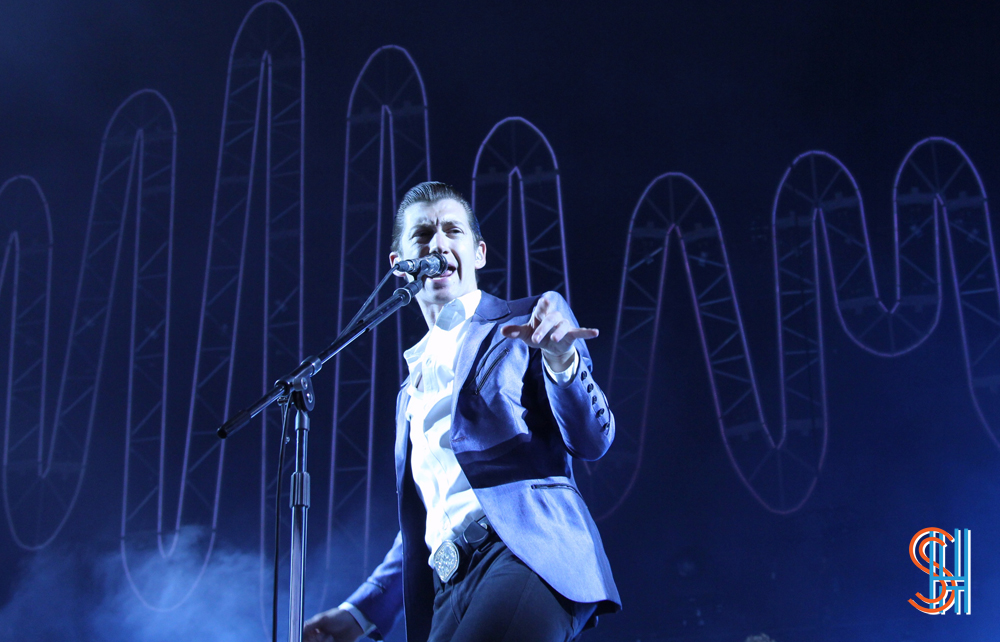 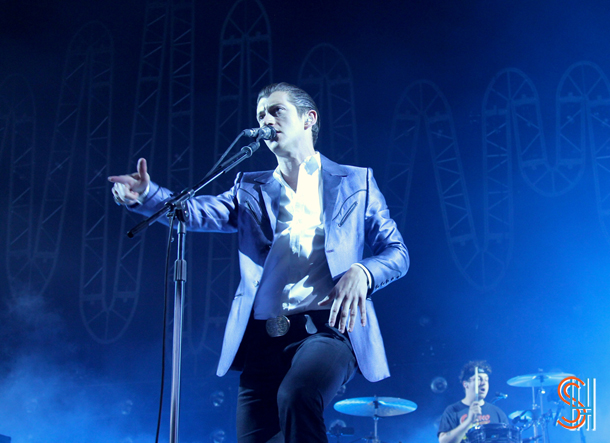 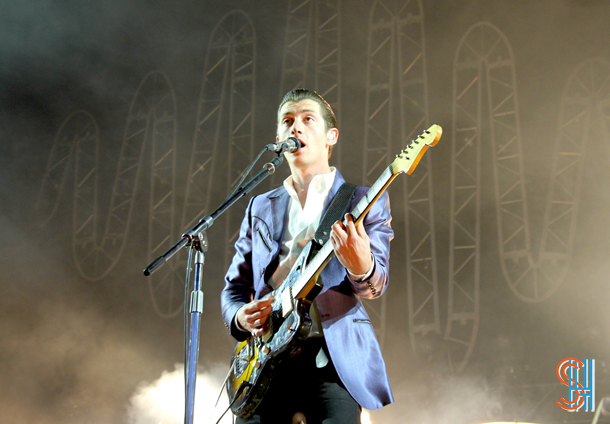