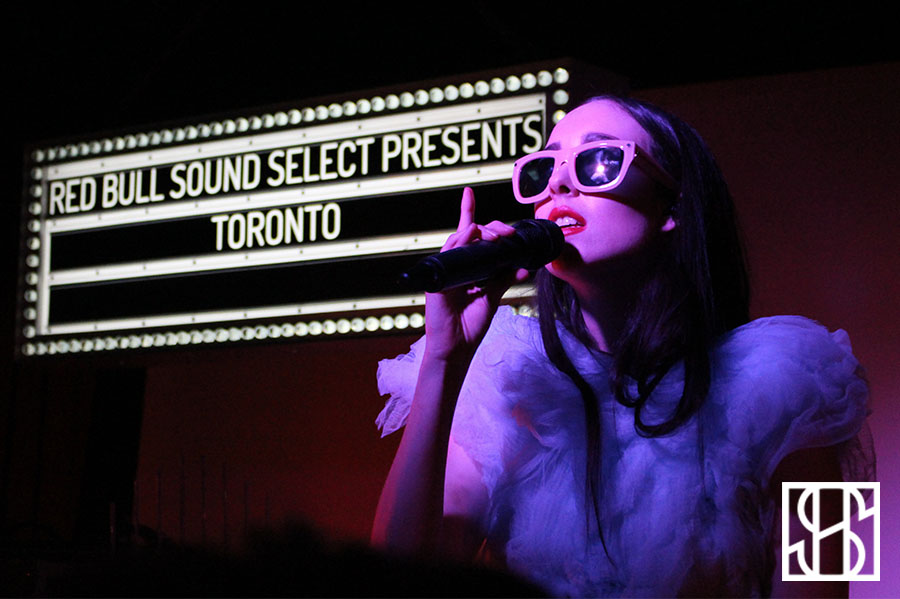 Internet, it’s time you put down your lady gaga comparisons and saw Allie X for who she is, a breath into the lungs of a flatlining pop scene. Thanks to the Young Lions Music Club and Redbull’s #SoundSelect series, The Drake Hotel was host to only her second performance on Wednesday. And not shockingly, Toronto showed up in capacity form.

Putting Allie aside for a second, it’s important to note the thought and time that must have gone into her stage production. Originality dripped from the projections, to her white custom organ centrepiece.

But it was X who brought it all to life. Playing “COLLXTION I” from front to back, her performance injected this feeling of hope into the rather dark and stormy-electro EP. But that’s what every live show should do right? Extend and lift the album to somewhere new. And through better in person vocals, and dance moves that can’t quit, Allie proved that she won’t be playing to a room like the underground again.

Walking home, we couldn’t kick the feeling that we were apart of something special. Big things are in store for Allie X, get involved.

Snaps from the show below. 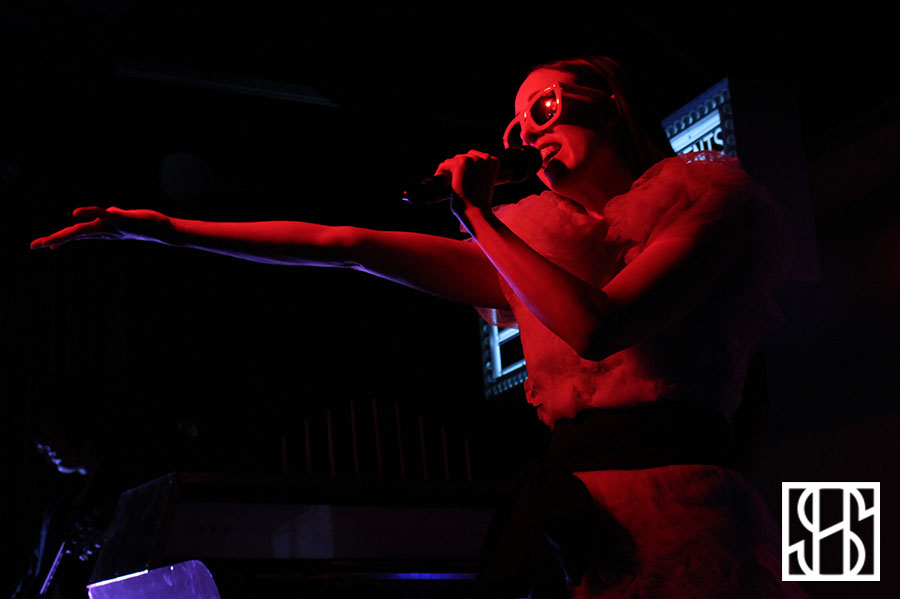 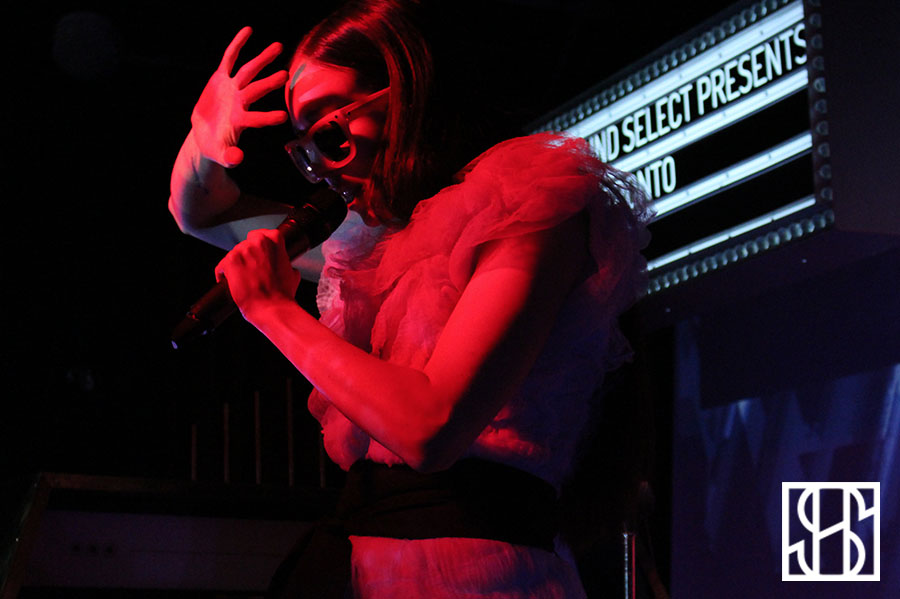 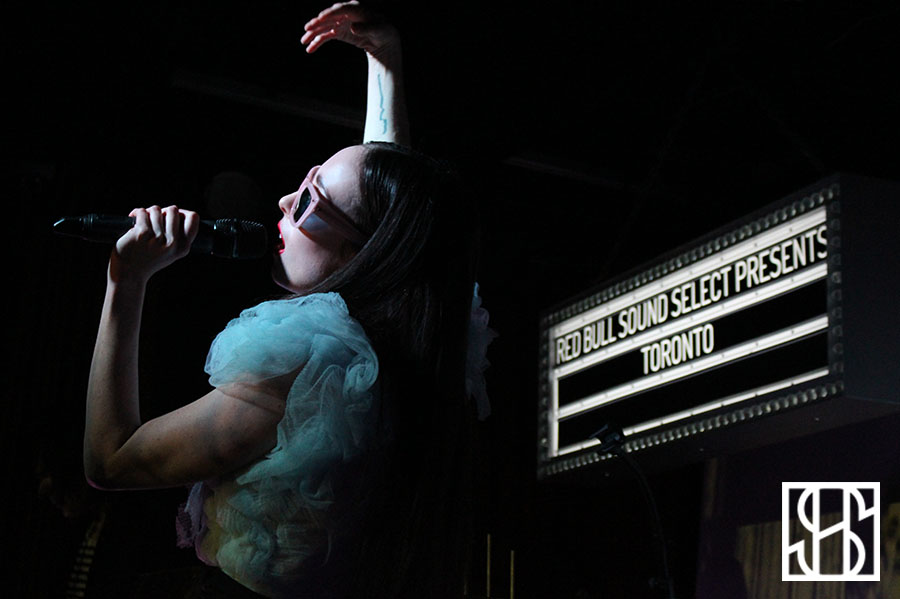 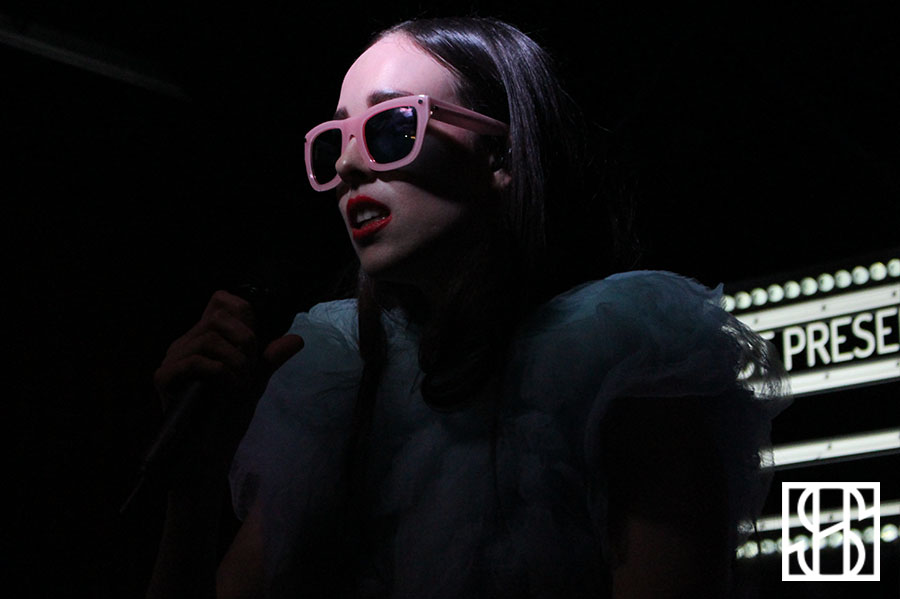 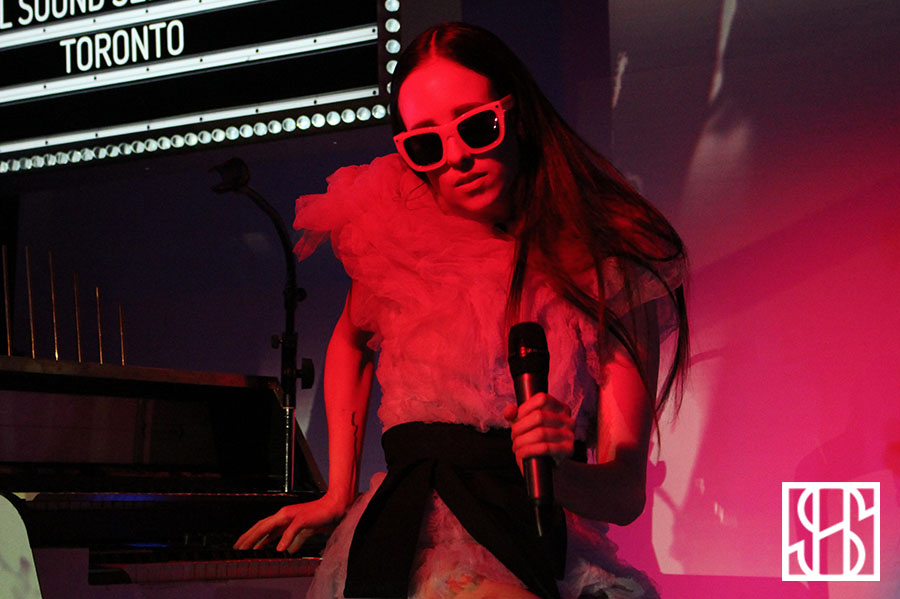 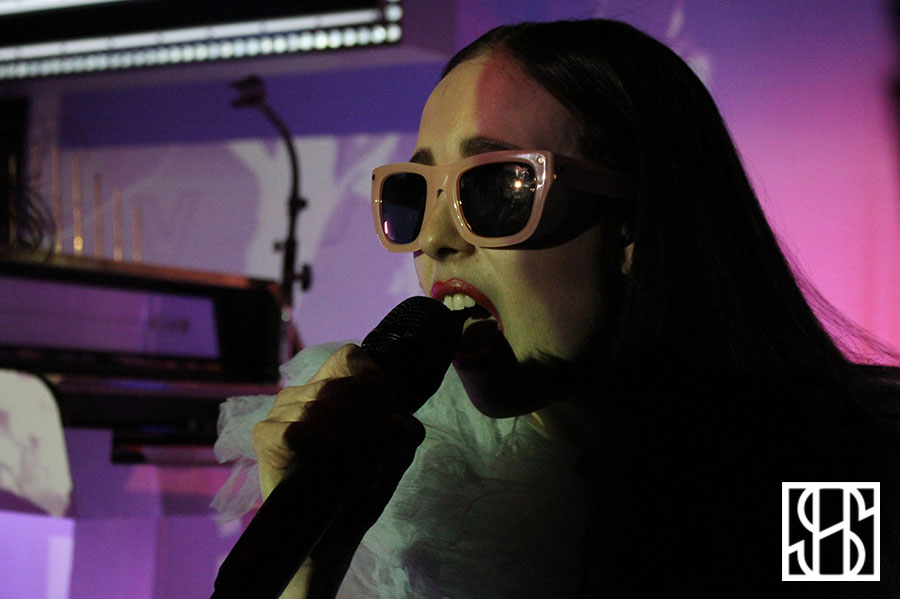 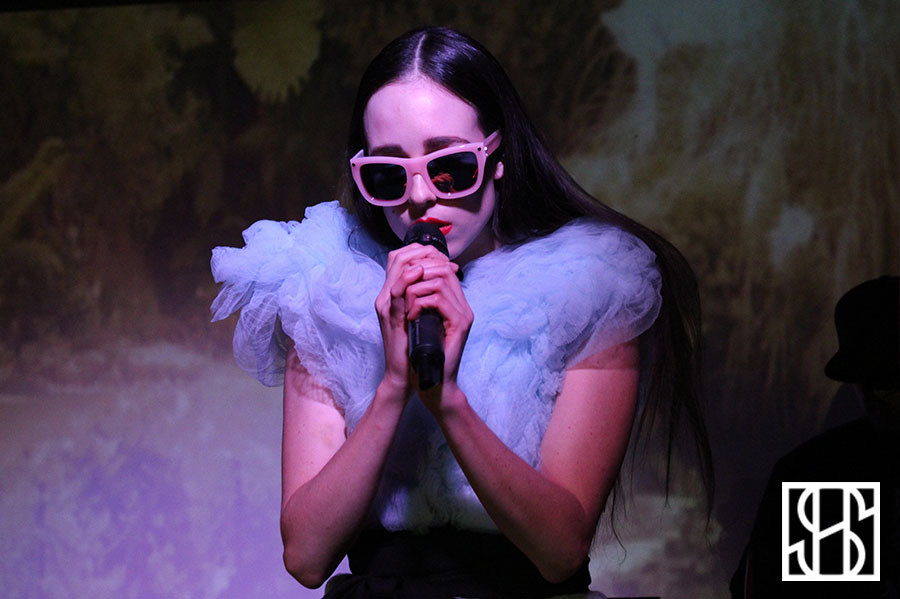