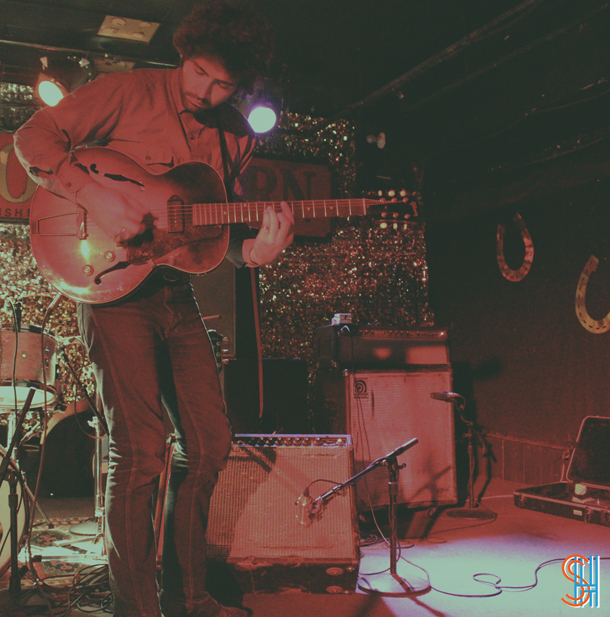 Californian surf pop group Allah-Las blasted their retro 60’s guitar music to a jam-packed Horseshoe Tavern. On this night, it seemed as though the four piece’s sound fit perfectly to the venue’s aesthetic and ambience as the broad demographic of the young and hip, a handful of burly middle-aged men, and a couple of clubbing types swayed and twisted to their laid back vintage tunes.

Diving straight into ‘No Werewolf’ from their debut LP Worship The Sun, singer, Miles Michaud, and bassist, Spencer Dunham, entranced the crowd with their reverb and fuzz. The solid eighteen song set list consisted of the perfect balance of British rock ‘n’ roll and American surf. Even if you showed up on Thursday night not knowing what you were in for, Allah-Las’s music is nostalgic enough for you to immediately relate them to 60s rock household names, like the Beach Boys or the Kinks. Their albums’ production of the music produced a vintage analogue sound that surprisingly translated very well when played live, which gave modern-day listeners a true recreation of what it was really like to see a band back in the mid 60s. The Allah-las also mastered the formula onstage with strong backing vocals, jangly and fuzzy riffs, and catchy one-liners, soaking the crowd with sunny west coast vibes and making them oblivious to the chilly night outside.

These guys can best be described as a sound for the people. Their songs gave modern-day listeners a great throwback recreation of the something from the 60s if they missed it the first time around and a trip down memory lane for those who are holding on tightly to the “days of good music”. 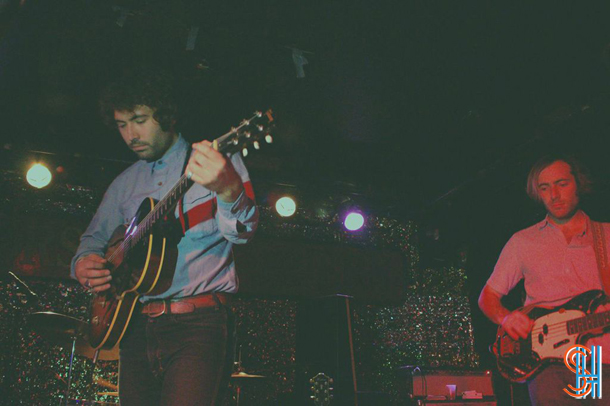