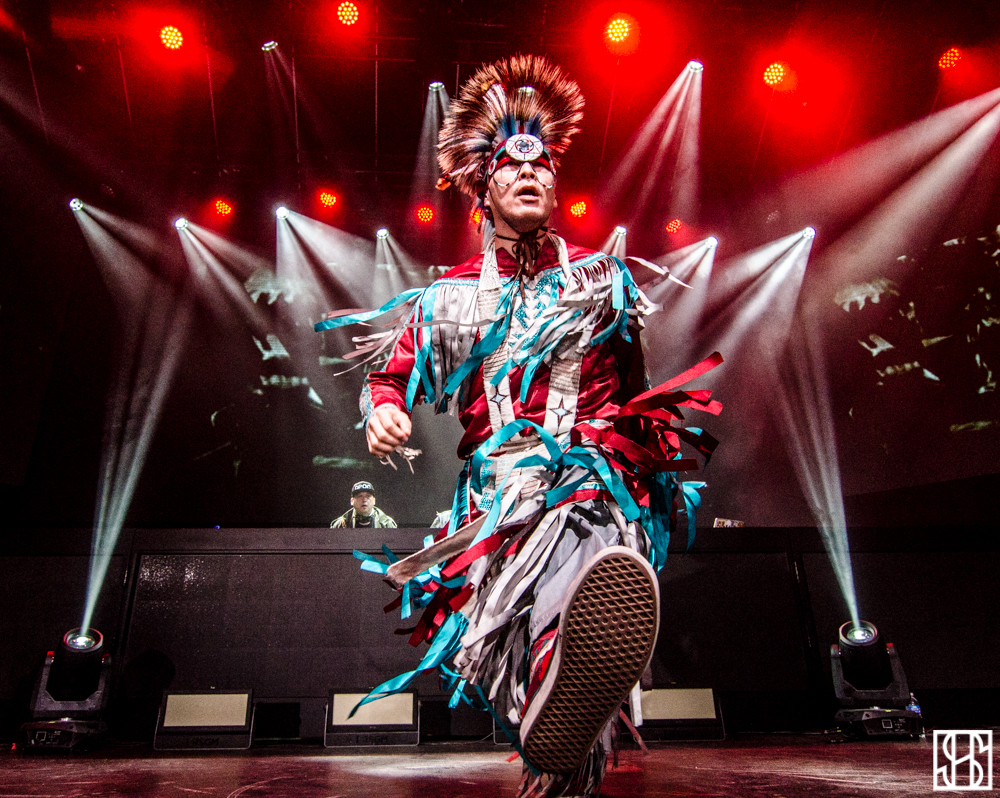 On any given night in Toronto, it’s not uncommon for one to see a block-long line of teenagers waiting to get into a venue to see the newest and coolest thing – but last night was different. Fans of all ages packed into the newly reopened REBEL at Polson Pier for the Toronto stop of A Tribe Called Red’s Halluci Nation tour.

Once A Tribe Called Red took the stage, the entire crowd lost it and began to dance. After spinning a few tracks, the group brought out a number of hip hop and First Nations dancers. The three-piece Ottawa-based electronic group played a flurry music, blending South American, First Nations, Jamaican and many other genres to create a singular, unified energy. 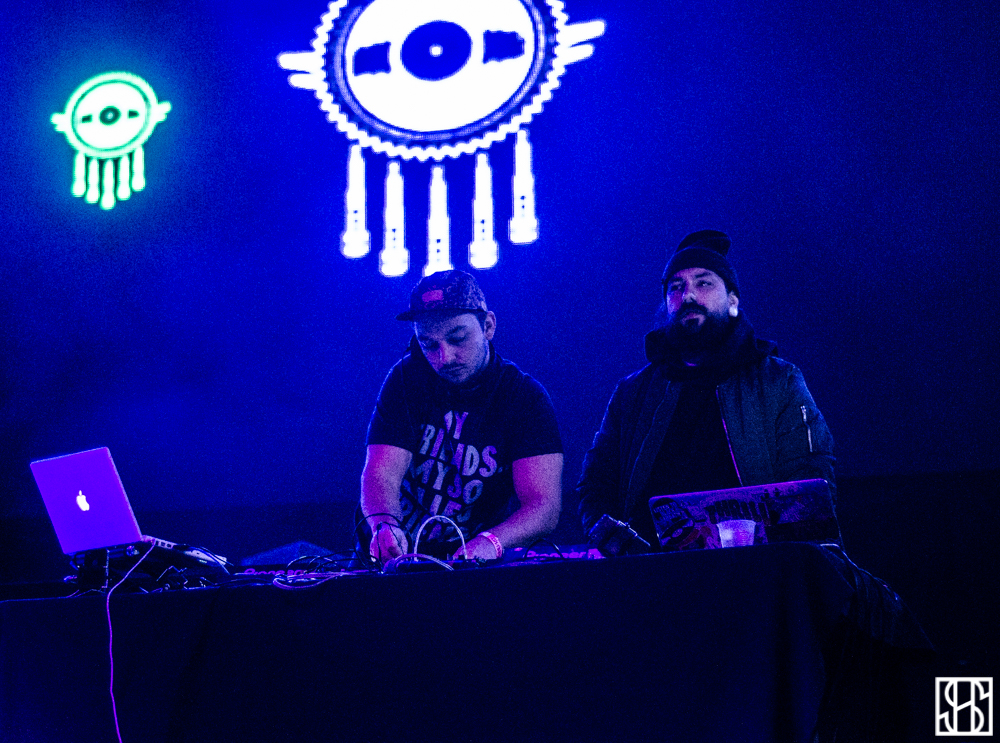 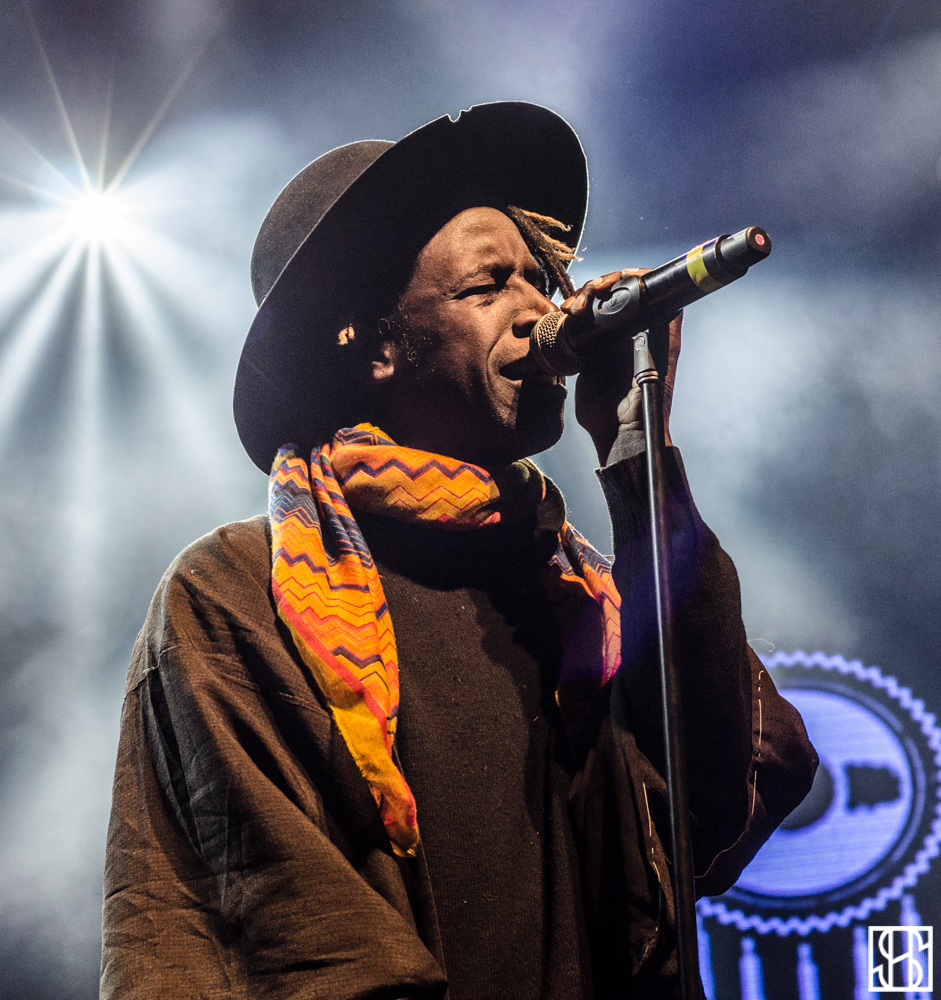 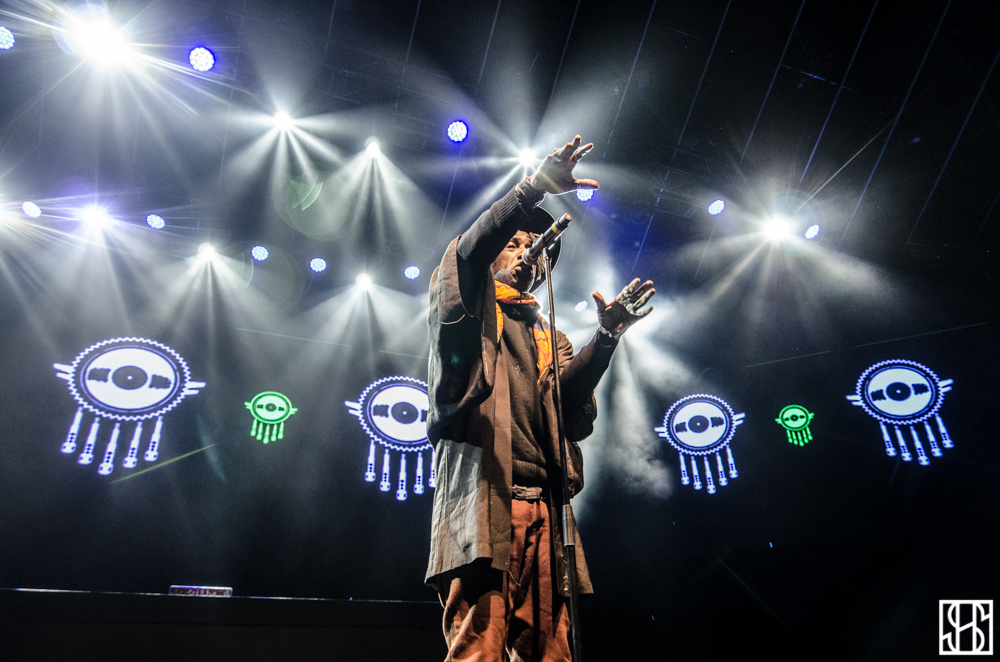 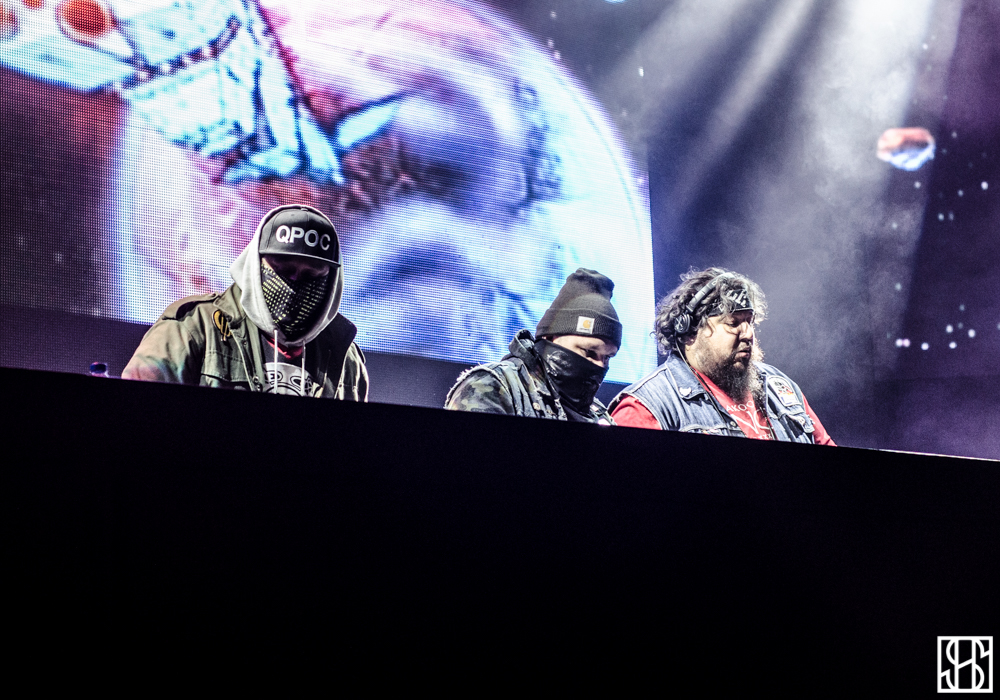 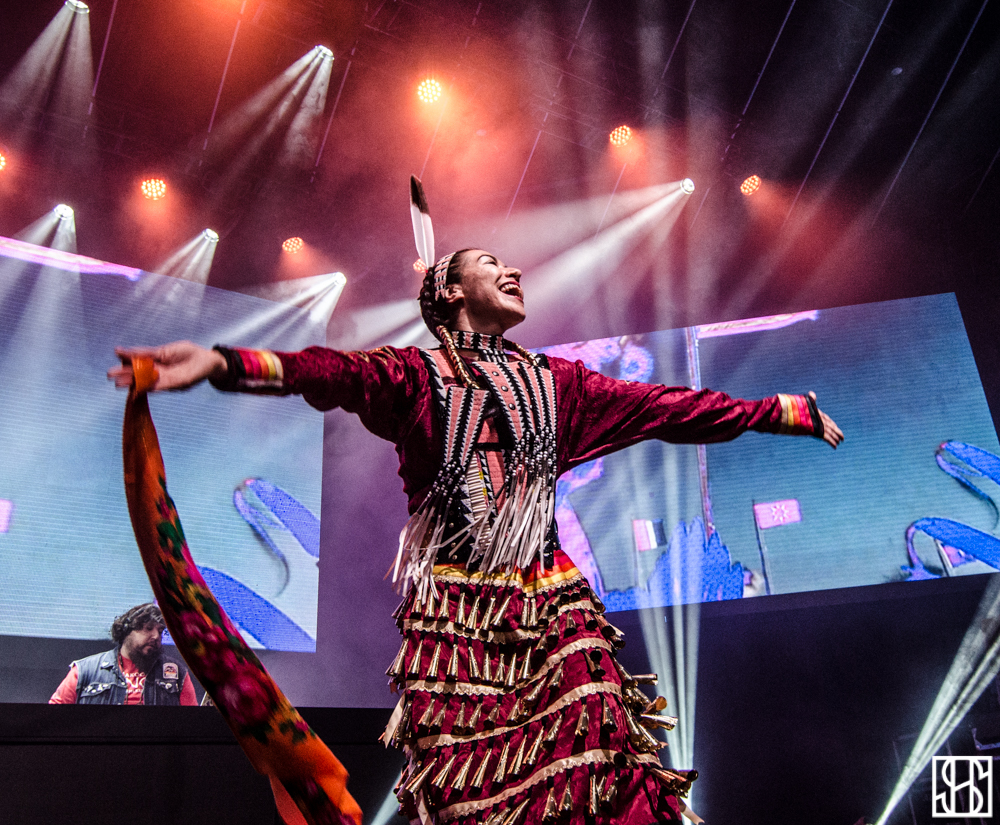 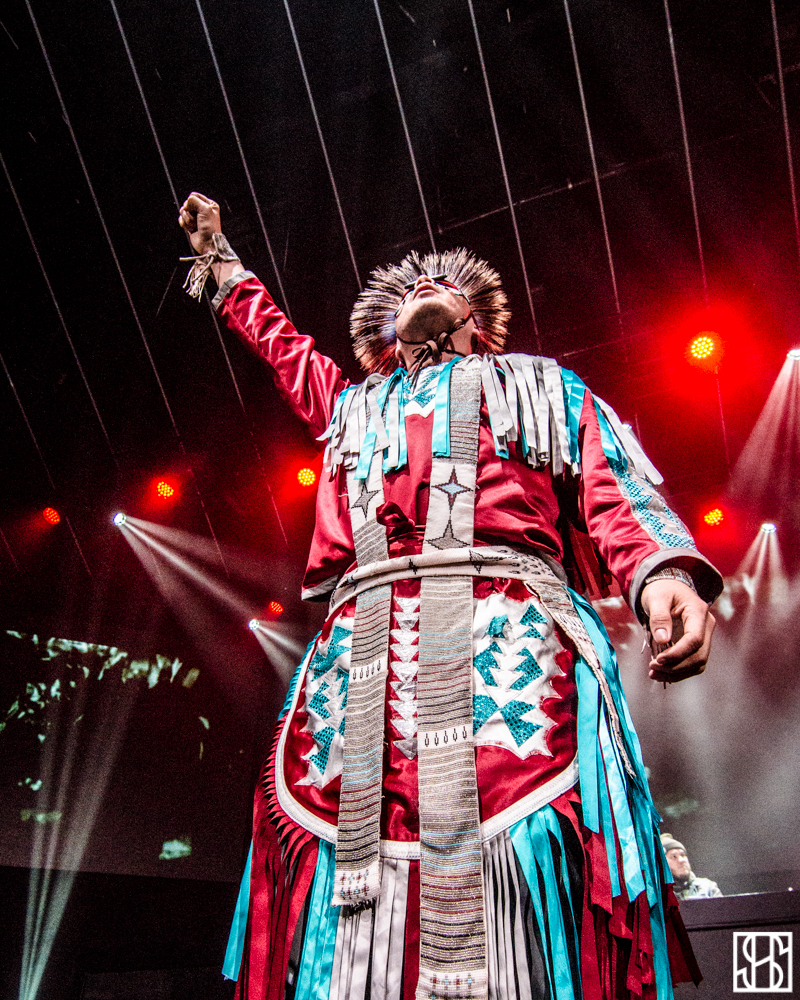