Lioness – "What You Do (Will Come Back To You)" Video 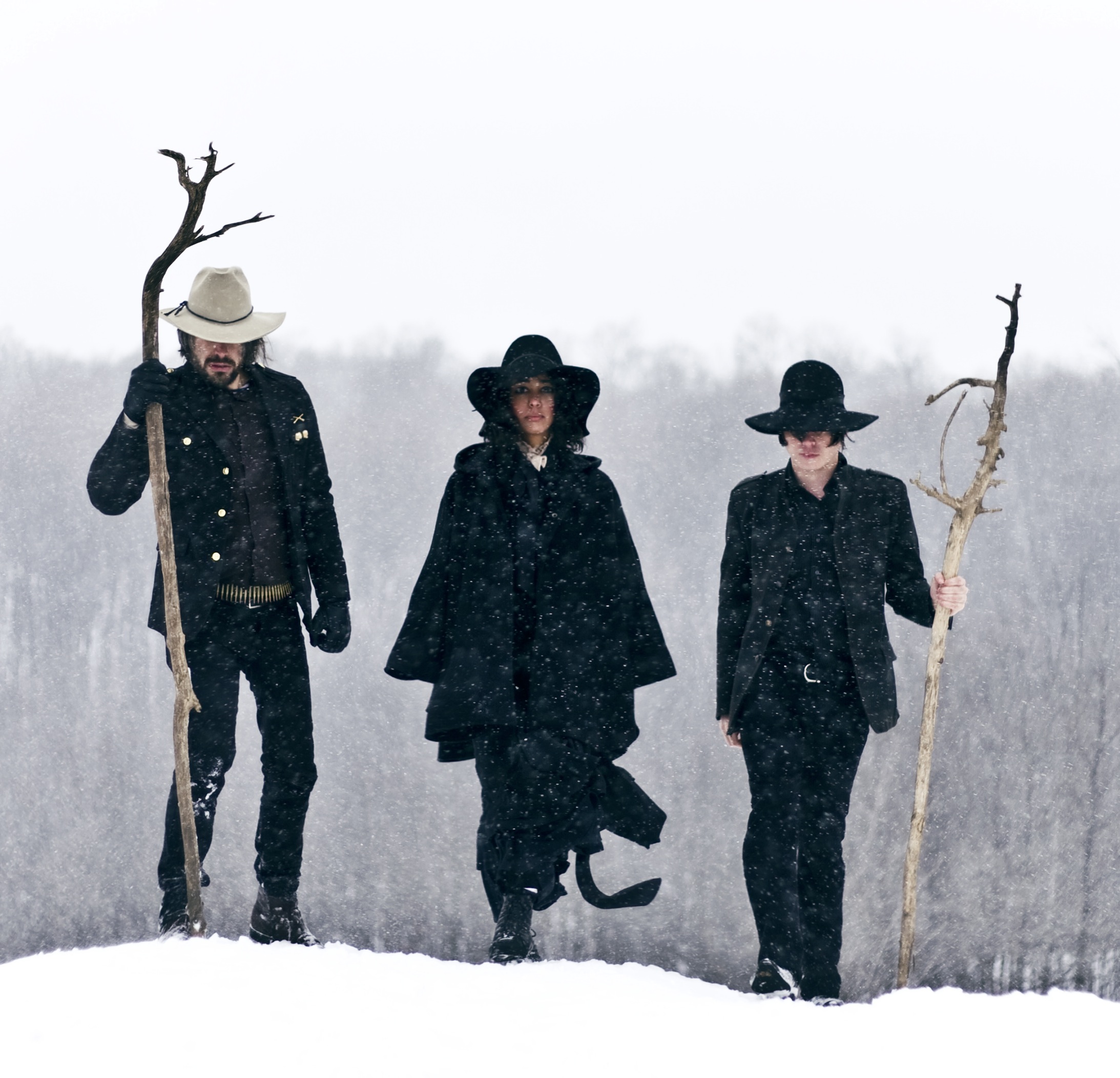 After Tuesday’s post about Toronto based New Romantic label trioÂ Lioness I got to thinking about talent, mainly because I was awestruck by the amount Vanessa Fischer has (not to mention Ronnie and Jeff too!). Not only do her awesome lyrics and vocals distinguish the band from other local groups but their hand sitiched image (to which she’s responsible) makes them all the more prolific. It is this brilliant dextrious artistic approach Vanessa brings to Lioness which makes the band truly memorable both musically and visually.

As I mentioned before, in her off time from Lioness, Vanessa freelances in Toronto as a costume designer outfitting theatrical performances, music videos, and even television. Most recently she constructed all the costumes for the AGYU’s performance of And so, the animal looked back… and styled and constructed Becky Ninkovic’s looks for the upcoming  You Say Party! We Say Die! video. Vanessa also did a cameo in their video for “There Is Love Within My Heart” in which she dances around like a crazy bird lady in an amazing costume.

In addition to her current projects she has worked with Brooklyn’s TV On The Radio designing costumes for their “Province” video, which was directed by Lioness drummer Jeff Scheven. She has also done costumes for an episode of Kenny vs. Spenny, Cock’d Gunns, a DFA 1979 video, a Cadence Weapon music video, as well as a Black Rebel Motorcycle Club video (to name only a few). You can also catch Vanessa DJ-ing in Parkdale at Salvadore Darling’s once a week on their upcoming City Night!

I sincerely hope you enjoyed Tuesday’s Lioness video, and hope by now you are thoroughly obsessed with the band!Â The costumes for the latest video and second single release below were of course fashioned entirely by Vanessa in which she plays a Voodoo Queen.

Lioness will also play Hamilton’s Club Absinthe on January 23rd and Toronto’s Horseshoe Tavern on January 30th (with another amazing local band Everything All The Time). Be sure to be there and dance your ass off dear reader!

Check out the video for “What You Do (Will Come Back To You)” which was directed by Jeff and shot on location at Rockwood Conservation Area in Guelph, Ontario.