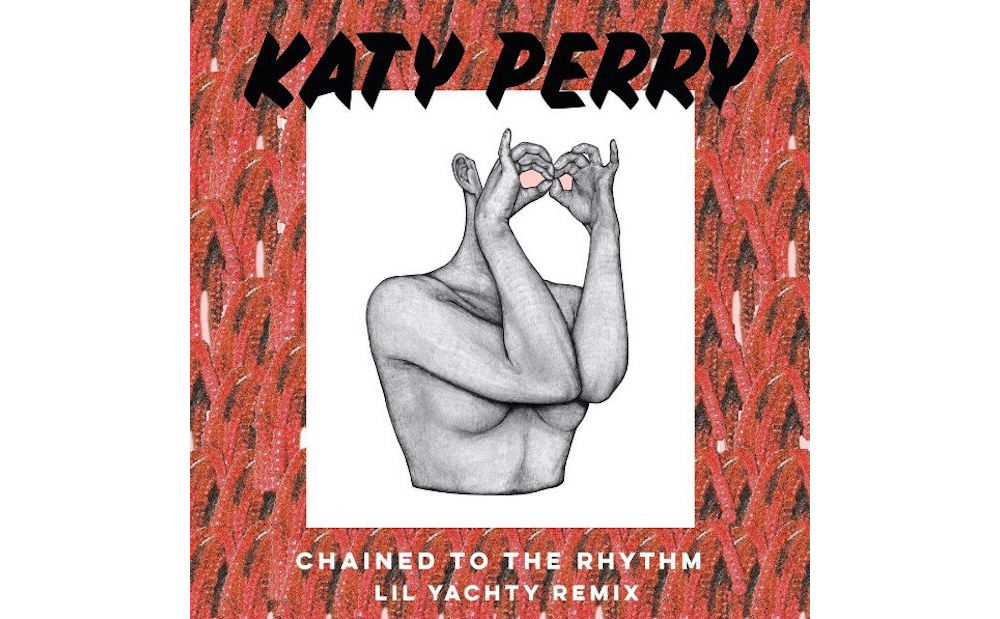 Katy Perry’s “woke”-pop neo-disco-lite comeback single “Chained to the Rhythm” is turning out to be, erm, a commercial flop.

With a Grammy’s performance debut and an expensive ass music video (that called for renting out and re-staging an entire theme park), the track has fallen short from topping the sales charts and radio rotations.

With all this effort and financial backing her pop legacy, KPez is going to ride this wave to the shore and make this song a hit. But how can she do it? Why not have Lil Yachty sail in and save “Chained to the Rhythm?”

That’s right – Lil Boat got his hands on the track and re-dubbed it into a hazy slow jam over a laid back trap beat. He slaps on some charming auto-tuned bars about rolling up to the party with his girl. To round out his verse, he shouts “I LOVE YOU, KATY!”

Listen to the BoatRemix of “Chained to the Rhythm” above.