Lil Wayne ‘I Am Not A Human Being’ 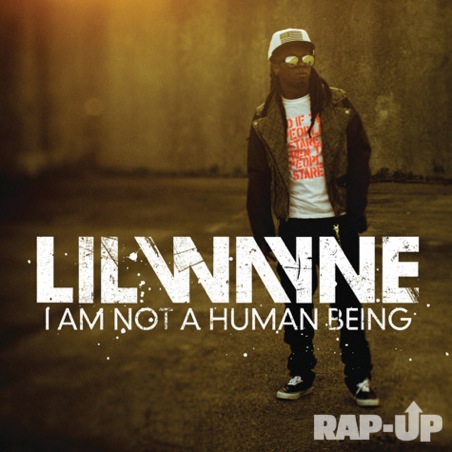 Lil Wayne is currently serving a prison right now, but that doesn’t mean a thang to Weezy F Baby who will be releasing a mini-album next week! Coming courtesy of Lil’ Wayne’s Young Money crew is titled I Am Not a Human Being, will be released digitally on September 27, Wayne’s birthday, and physically on October 12. The album art features Wayne rocking some skinny jeans, Vans, a trucker hat, and some mirrored aviators… oh so hipster! I’m not even embarrassed to say I love it!

Oh and check this! There is even a video! Yeah I know! Dude is suppose to be in jail and is STILL working harder than all of us. It’s actually a pretty cool video with Wayne spazzing and acting like he is not from this planet. Oh, and those glow in the dark tattoos are real. Yeah, not earth! I still love it. The song is pretty hard as well, with a pretty 80’s Ol’ school beat. Remember when I said Wayne hustles harder than all of us? Well he will be doing a massive Madison Square Garden comeback show on November 5, the day he’s scheduled to get out of prison, you know Jay-Z and Drake will for sure be there!

Check out the video and tracklisting below.

I Am Not a Human Being: