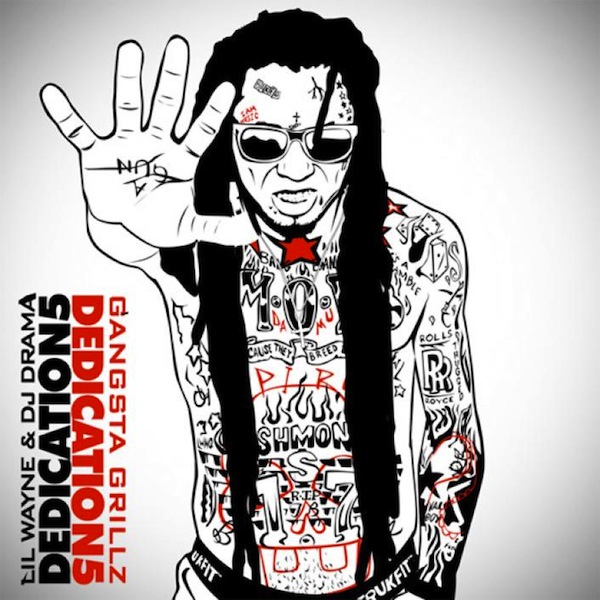 Rumour is that Lil Wayne’s Dedication 5 was recorded in about a week, and it shows. After issuing a public apology via twitter (below), he promptly got in the studio with DJ Drama and D5 was the result.

Arguably, Wayne music hasn’t been the same since his 2008 release, The Carter III. Critics as well as commercial charts all agree that Weezy F Baby’s music has been sub-par and seems to be continuing on a decline. D5 looks to be nothing more than an attempt to stay relevant by hopping on every track that’s been hot or made for good conversation in the last year, including Kendrick Lamar’s “Bitch Don’t Kill My Vibe,” ASAP Rocky’s “F*ckin’ Problems,” Young Scooter’s “Columbia,” Future’s “Bugatti,” Drake’s “Started From The Bottom” and even Kanye’s “New Slaves.” What’s irritating to me is that, listening to the verses on these instrumentals, I don’t feel that Wayne is bringing anything to them. He isn’t killing these beats or even making them interesting again. In my opinion, it was much more filler than thriller.

My favourite track on the mixtape, being the huge Chance Tha Rapper fan that I am, has to be ‘You Song’ but I do still think would have been exponentially better without Wayne on it. That’s a Chance track, not a Wayne track. In fact, I feel it was supposed to be a song for Chance’s upcoming album and somehow ended up on this.

Overall, I doubt I’ll find myself listening to D5 again because it was just plain boring. I really think Pusha T may have said it best in his D5 subtweet (below).

I think it’s safe to say, you really lost it…

Listen to Dedication 5 below: