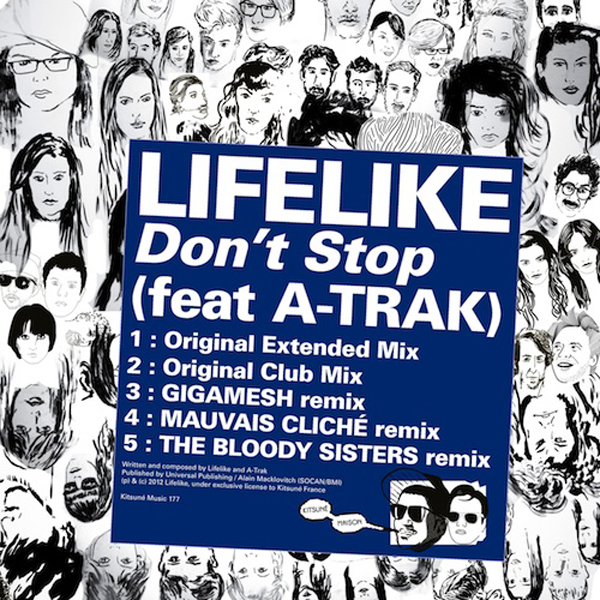 French clothing brand and record label Kitsuné has released a new series of tracks from DJ/remixers/ producers Lifelike and A-Trak, titled “Don’t Stop” out November 26th on Kitsuné. Lifelike have quickly become one of the most exciting and respected dance music producers to come out of France, in a while and let’s face it, that is no small feat. “Don’t Stop” is a striking mix of furious disco beats and brilliant scratches, with a catchy beat that perfectly gathers the trendy sound of the French Touch productions with the effervescence of New York. Listen below.