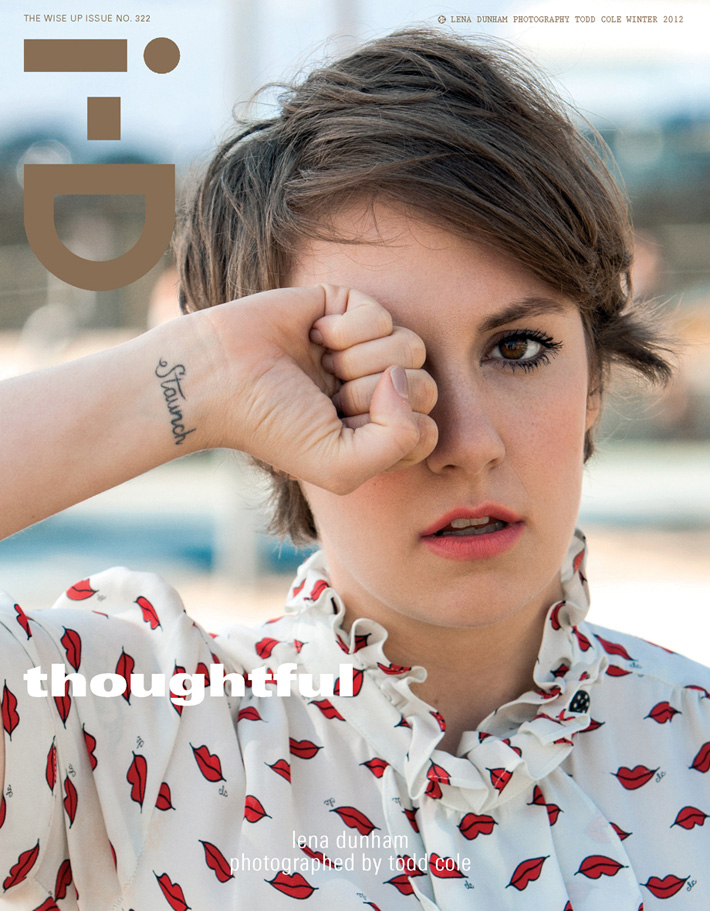 We thought last weeks i-D Magazine cover with the fabulous Grace Coddington was awesome, but she’s got some stiff competition with the new Lena Dunham cover which was just released and hits newsstands on November 22nd.

Photographed by Todd Cole, the Girls star and creator is one of eight cover models for the magazines ‘Wise Issue’. Stay tuned for more.