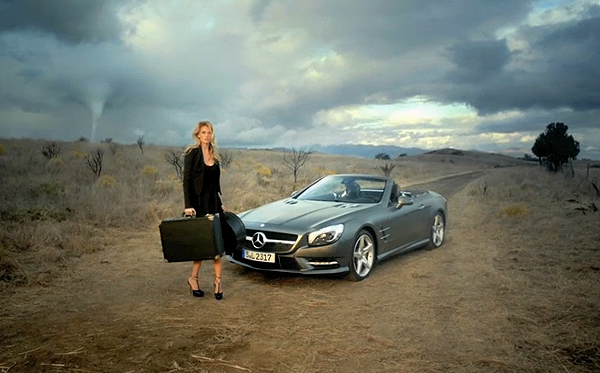 In anticipation of the new 2012 Mercedes-Benz SL Roadster, the famous car manufacture has teamed up with photographer Alex Prager and Dutch supermodel Lara Stone. We first showed you the behind-the-scenes making of this Alfred Hitchcock and Wizard of Oz-inspired ad which see Stone swept away by a tornado while the Roadster remains untouched. The short film is titled American Fairytale and marks the debut of the “Icons of Style” showcase, which can be seen in its entirety from February 9 through February 15 at Mercedes-Benz Fashion Week. Take a look below.