Office dwellers beware, this editorial’s a tad racy and we love it.

From the October issue of Vogue Paris, Steven Klein and Carine Roitfeld capture the voluptuous Lara Stone in a different light.

Instead of sandwiching her between two female models who are rake-thin, this time she’s the focal point of the story surrounded by two male ‘servants’ of sorts sporting similar hosiery. She’s looking rather thin these days despite being known as one of the larger models of the pack.

Take a look at her regal doings below in the rest of the editorial. 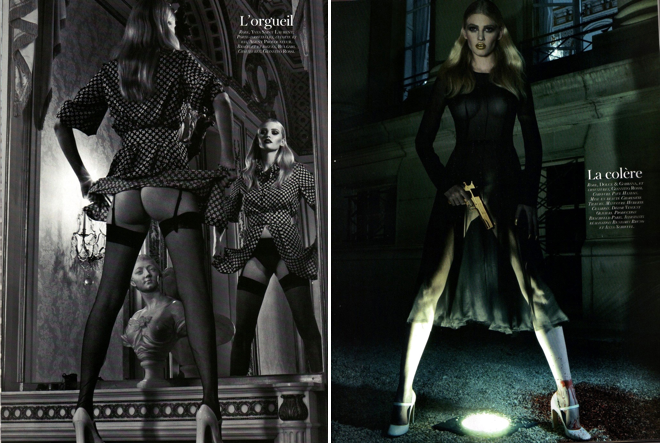 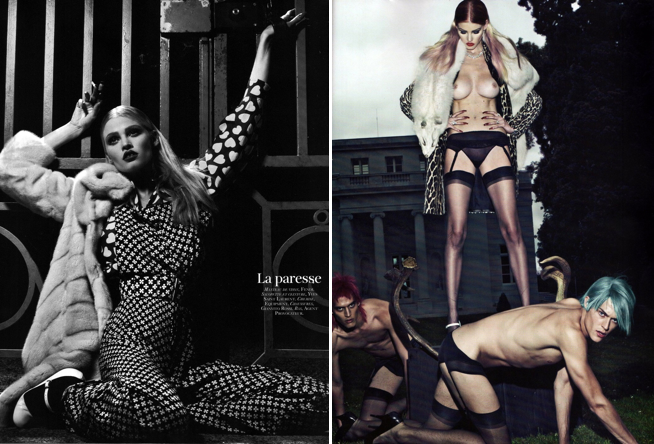