It’s not every day you see a Lamborghini on the road, but when it comes to rare variants, it’s like a sighting few eyes get to see. That’s exactly where the new Sián lies because only 63 of them went into production, making them more than simply limited edition.

For Lamborghini, the Sián is the most powerful vehicle the brand has ever made, with the fastest acceleration to date. It’s also a hybrid powertrain, a world-first supercapacitor that combines a 6.5-litre V12 engine and 48-volt electric motor for up to 819 horsepower. We’re talking 0-100 km/h in just 2.8 seconds, and a top speed of 350 km/h. The thing is a bullet on wheels.

What makes the lithium-ion battery different is the supercapacitor, which fully charges every time the car brakes, helping put ions back into the battery. It’s relatively light at 75 lbs., yet is considered three times more efficient. Other “cutting-edge” design treatments Lamborghini threw in include a carbon-fibre monocoque, titanium intake valves, active aerodynamics and rear-wheel steering.

Only three were allocated for all of the U.K., and Lamborghini London, owned and operated by H.R. Owen, one of the country’s top luxury vehicle dealers, will be exclusively selling them. It’s not clear how much each one will sell for, but what is known is that owners who dish out the cash for one will also be able to collaborate on the final design. By coordinating with Lamborghini’s design centre and “Ad Personam” department for personalization, the made-to-order styling will mean each of the 63 models built will be unique. 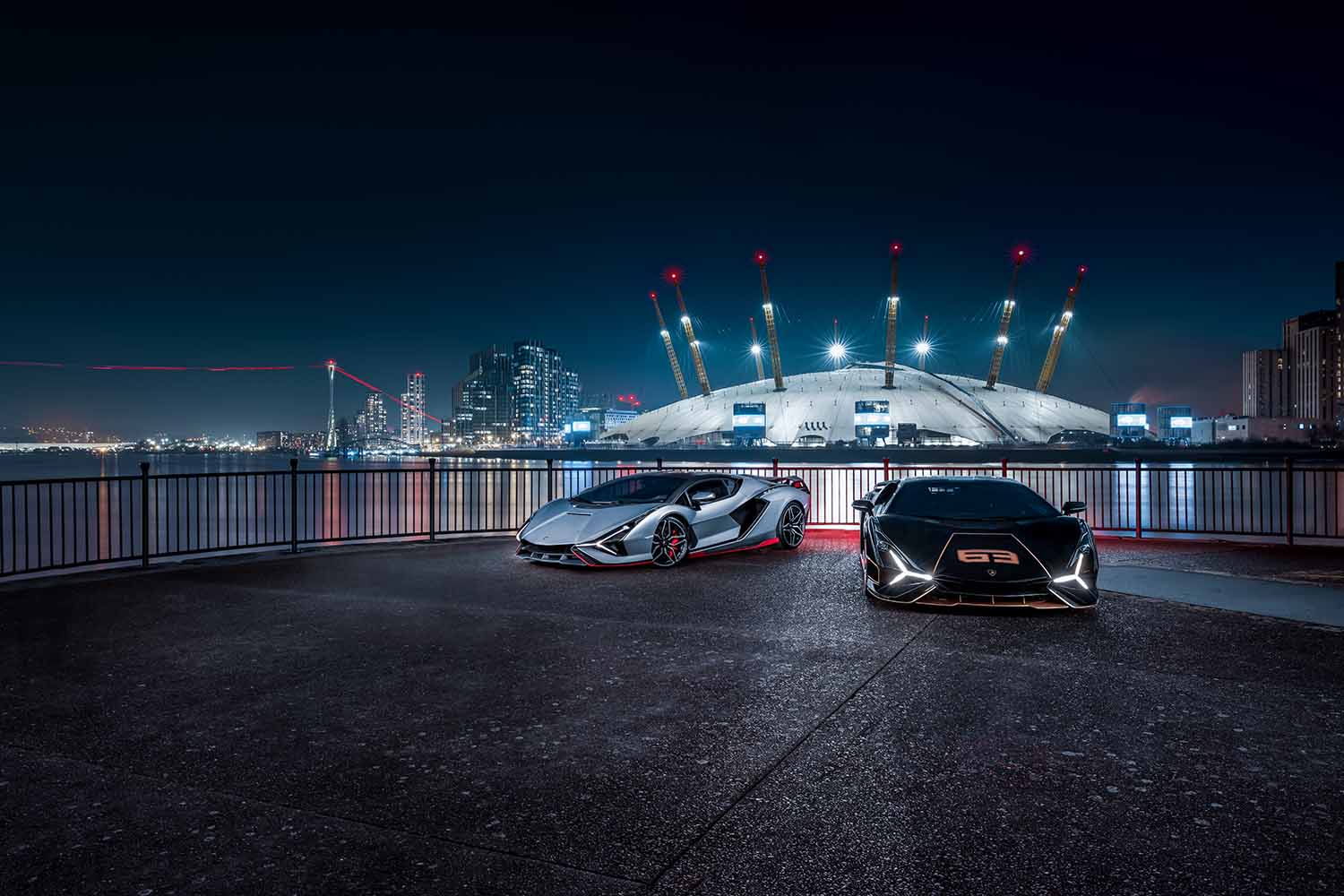 Two of the three already have styling in place, and they are noticeably different. The lighter of the two has a Grigio Nimbus finish with Rosso Mars accents and an exposed carbon weave roof. The interior sports a Nero Ade look with Rosso Alala contrasts. The darker Sián looks very different with its Nero Helene bodywork complemented by the exposed carbon fibre on the bonnet, front lamp inserts fenders and engine cover.

To add some extra flair, there are highlights finished in Oro Electrum, which were also placed in the alloy wheels that feature high-end Pirelli tires with white detailing. The interior maintains the darker look on the outside with Nero Ade base leather and Oro Electrum stitching and highlights.

The Sián hasn’t been around very long, having only been unveiled at the 2019 Geneva Motor Show. The reason Lamborghini settled on a really limited run of 63 is because the company was founded in 1963. Plans are also underway for a Sián Coupe and an unnamed roaster variant that could be limited to just 19 production vehicles.