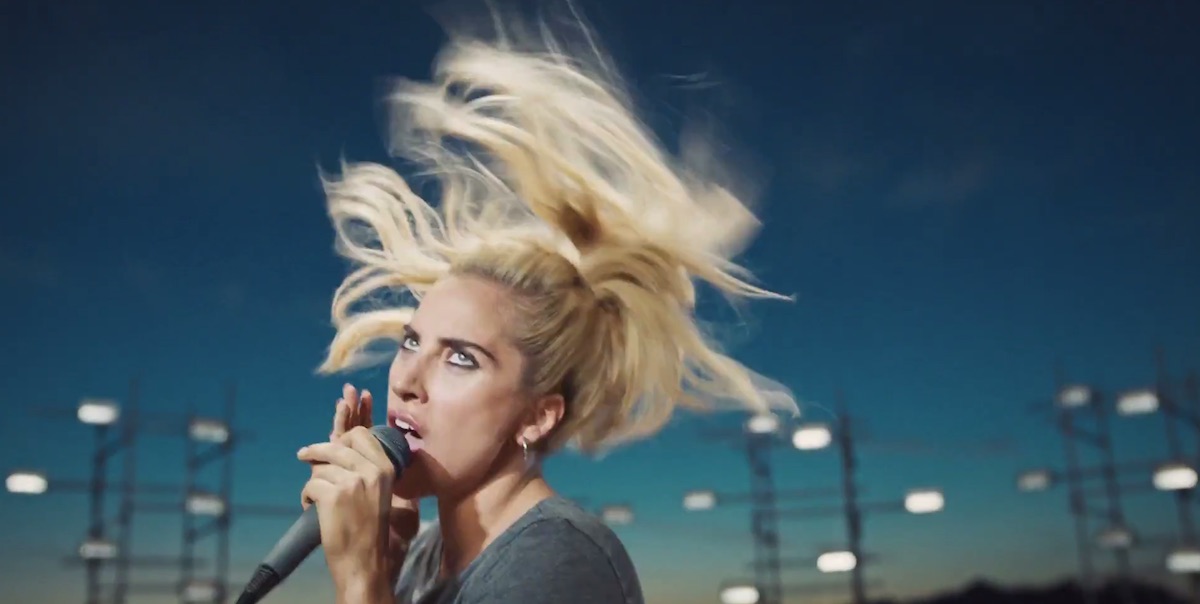 Lady Gaga is ushering in a new era with her high energy music video for “Perfect Illusion.”

Directed by Andrea Gelardin and Ruth Hogben, it’s extremely laid back for a Gaga video in contrast to her gaudy visuals from her Born This Way era. Gaga has swapped her skyscraper stilts and latex for laced up Doc Martens and Daisy Dukes. We are now introduced to Rock Gaga, tearing through the desert and recklessly driving a Jeep, belting her heartache while rolling around in the dust in a crop top, and expertly lassoing her mic chord in the middle of a mosh pit.

Gaga links up with her band–comprised of Mark Ronson on guitar, BloodPop on bass, and Tame Impala’s Kevin Parker on drums (no big deal)– and rocks the hell out to her jam. Mother Monster goes absolutely ape, and at one point has Kevin Parker in a headlock. Has anyone checked on Kevin Parker’s neck lately?