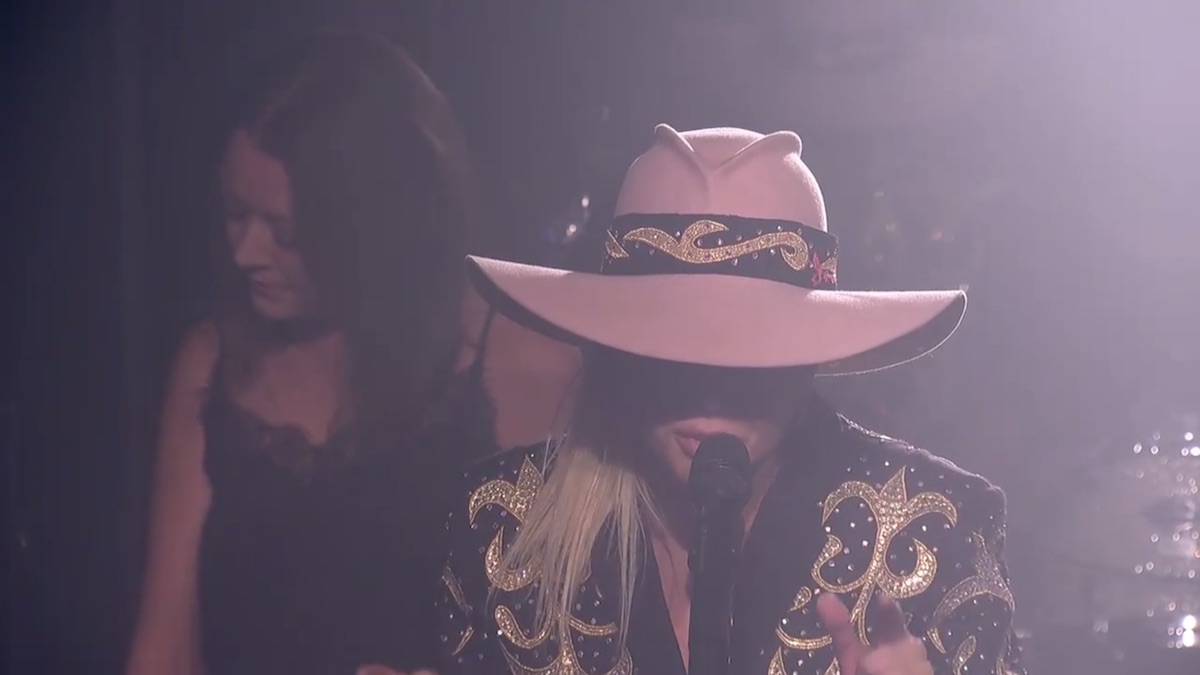 Lady Gaga has premiered her new track “Million Reasons” and kicked off the first of three live performances in Nashville last night. The pop icon teamed up with Bud Light to go on a mini dive bar tour across the US to promote her forthcoming album Joanne, out October 21. Over one million fans tuned into the Facebook livestream to hear three new tracks from the album.

She gave an intimate performance before a crammed venue of all but 50 lucky fans who touted their blue cans of Bud in the air. Gaga opened the four-song set with the blues rock jam “Sinner’s Prayer,” then showed off some of her best Elvis pelvic thrusts to “A-Yo.” She slowed things down to give a raw performance of “Million Reasons,” a Bruce Springsteen-esque lovesick countryrock power ballad, then shut down the show with a buckwild performance of her latest single “Perfect Illusion.”

You can listen to “Million Reasons” and watch her Nashville performance below. The gig starts at the 28:00 mark.