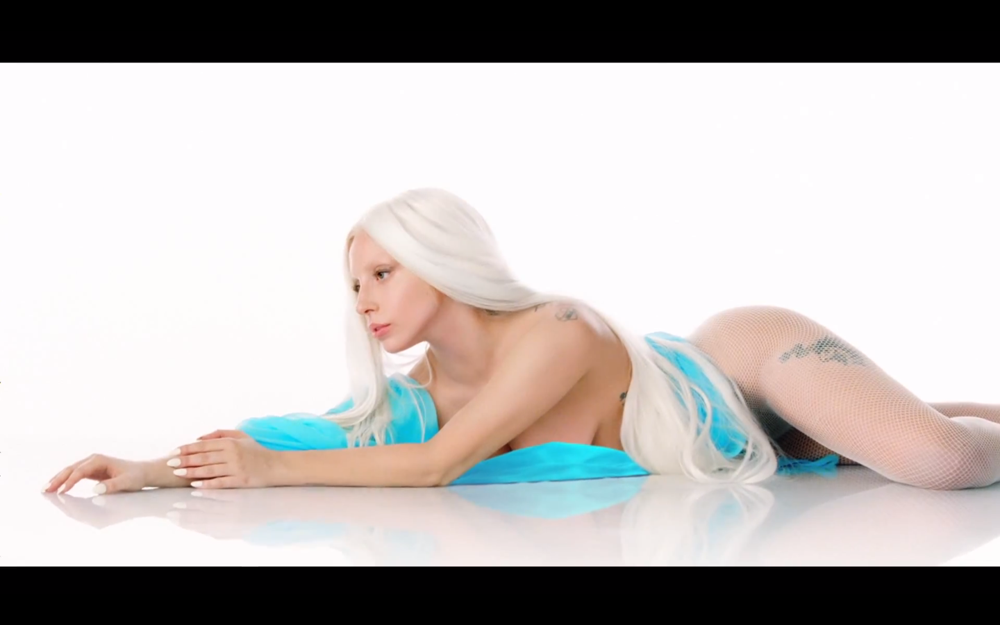 Lady Gaga goes hard in the video for her latest single “G.U.Y. (Girl Under You)”. The flashy and colourful video was directed by Gaga herself, and shot over six days at California’s famed Hearst Castle, which hasn’t let anyone film there since the 1960 movie Spartacus.

The over-the-top video has Gaga rocking several different looks, including wings made by Jim Henson Studios, tons of synchronized swimmers, and a bunch of cameos including some of the “The Real Housewives of Beverly Hills,” who play the role of her accomplices.

The short film music video clocks in at almost 12 minutes, but don’t worry, four minutes of that is the credits.