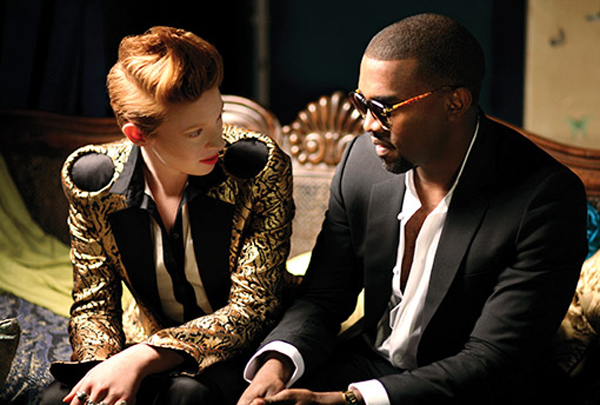 Kanye West has decided to bring is A game to this remix of La Roux’s ‘newest’ single “In for the Kill.” The two met last month in New York City when they got together to collaborated on a track for Yeezy’s upcoming My Beautiful Dark Twisted Fantasy. I have to say that I am pretty much over this La Roux album, like a year ago and I would have preferred that Kanye remixed a NEW single from the British group. Oh well, West’s verse is pretty sick, so that’s something. Give the song a listen below.