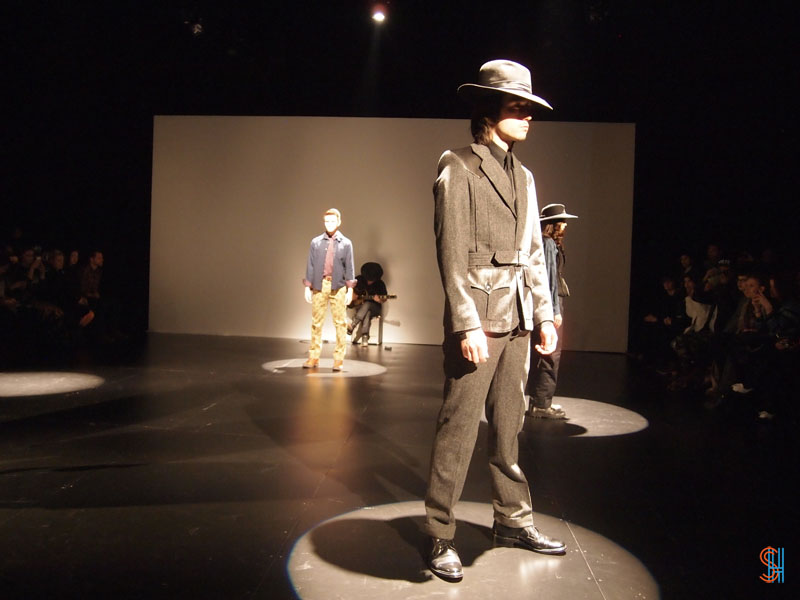 This season Klaxon Howl set the tone with a little live music and a carefully and effectively staged show at Toronto Fashion Week. A man sat a top a monitor arousing intrigue with just a few twangs of his guitar while models began to filter out into spot lights and with each flicker of the light, they moved from spot to spot, making it easy to see each look from every angle.

Designer Matt Robinson chose rich manly textures like thick wool, rugged hard canvas, salvage denim and fur for a western military inspired look. He also showcase about five or six looks for women this time around, which of course feature a lot of similar detailing as the mens collection has over the years, but with more petite tailoring.

Once all the looks had been revealed Robinson walked out into the middle of the room while the guitarist continued the Tarantino-esque sounds and the models walked in a circular pattern surrounding him. It was quite an interesting and dramatic way to stage  an overall incredibly impressive collection. Easily one of the best we’ve seen in many season.

Re-live the entire show below in our photos and watch the whole show over here. 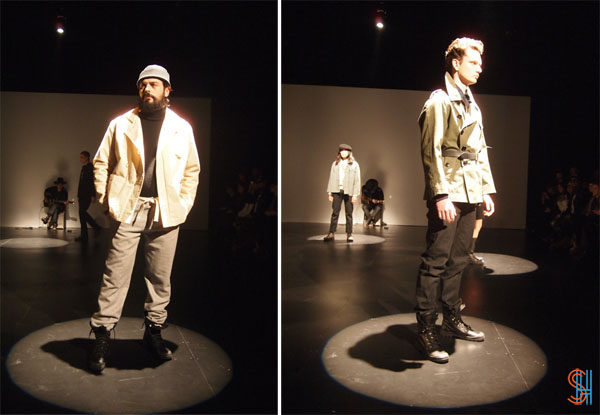 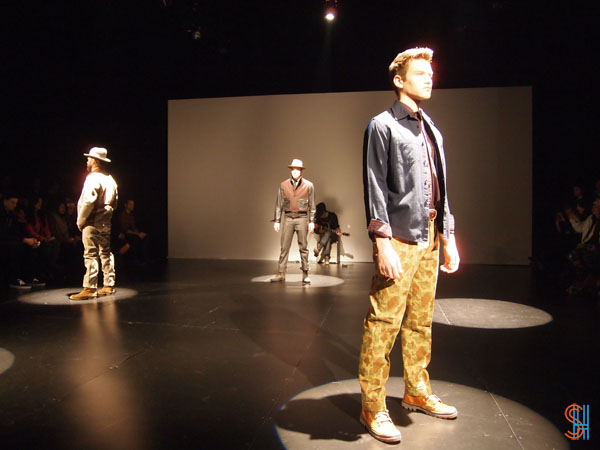 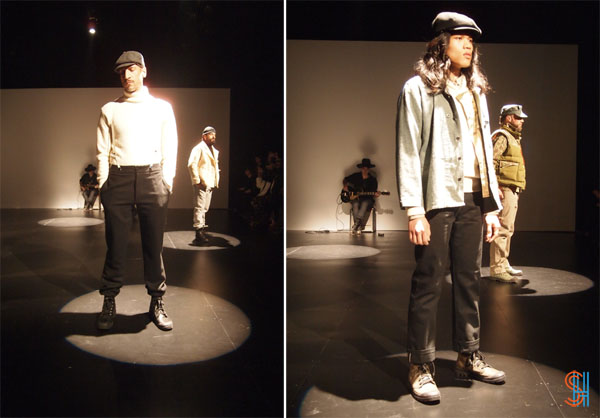 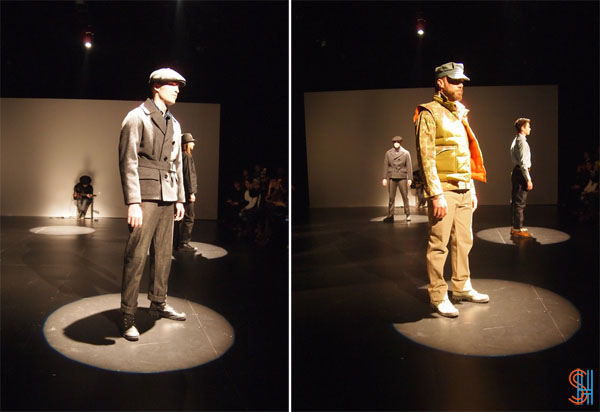 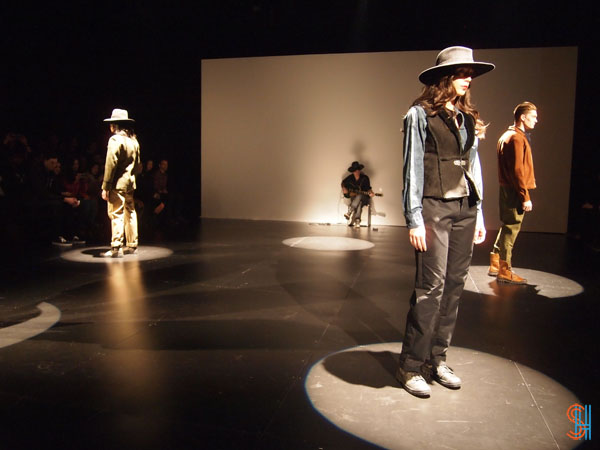 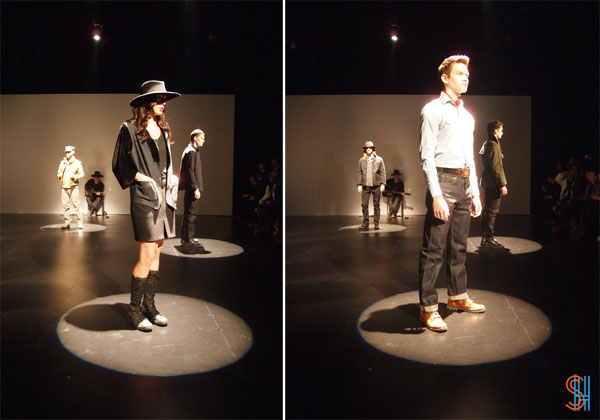 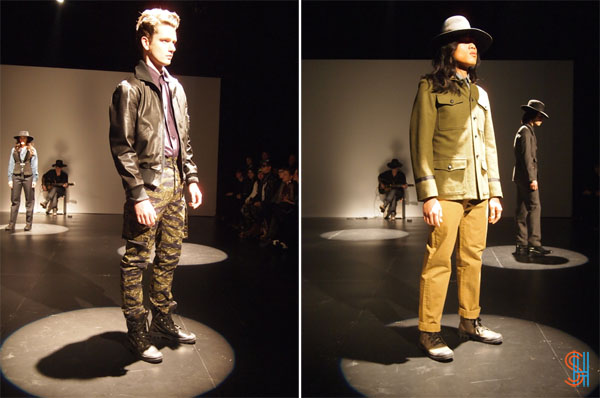 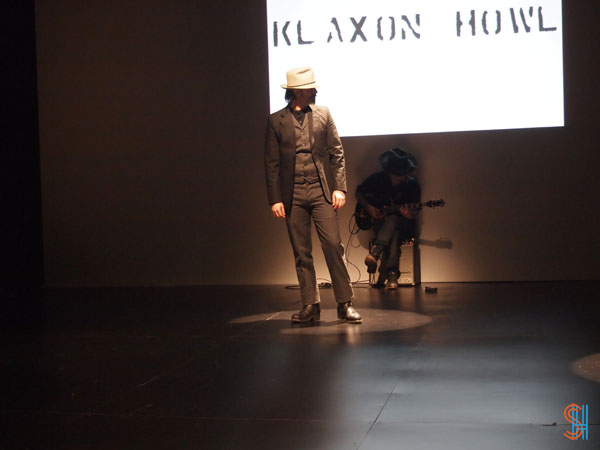 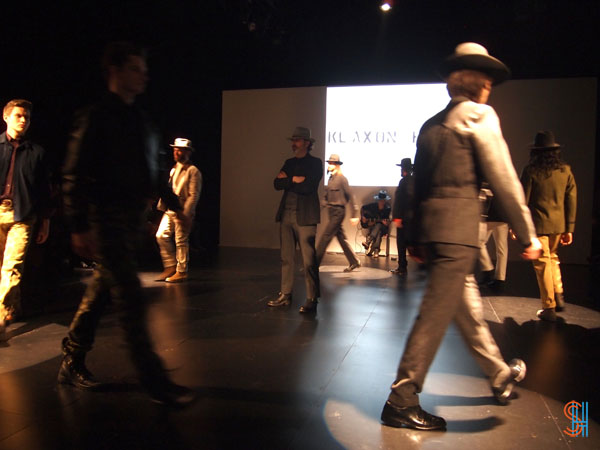