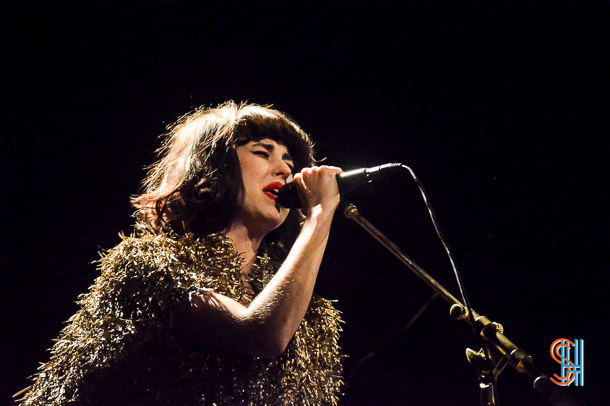 Have you ever watched someone have such a good time and that in itself made you enjoy the night? That’s Kimbra. She played the second of two sold out NYC shows at Bowery Ballroom on Thursday night. Coming on stage wearing a long jacket made of metallic gold tinsel, she lit up the space quite literally. After her first song, she took off the tinsel coat to reveal an incredibly constructed silver dress with a huge skirt. Maneuvering the small stage expertly in sky high boots, the Kiwi powerhouse sang her heart out and smiled all the while. Kimbra is beautifully expressive, jokingly making faces at her fans, never missing the chance to dance, and belting out high notes like it’s nothing.

She’s in the midst of celebrating her second studio album The Golden Echo and performed several new tracks alongside old favorites from Vows. Our favorite was “90s Music,” which had the crowd bumpin’ and grindin’ against each other. Kimbra has grown into her own, creating a unique blend of pop, hip-hop, jazz, electronic, and soul.

Brooklynite Empress Of  supported Kimbra and is a powerhouse herself. 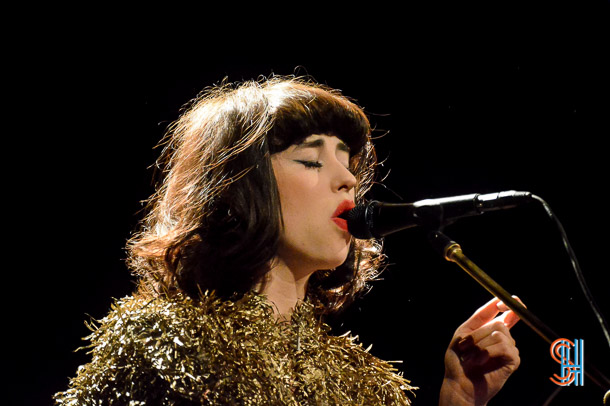 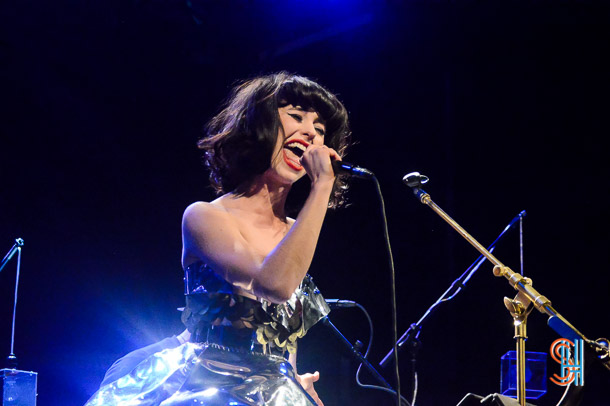 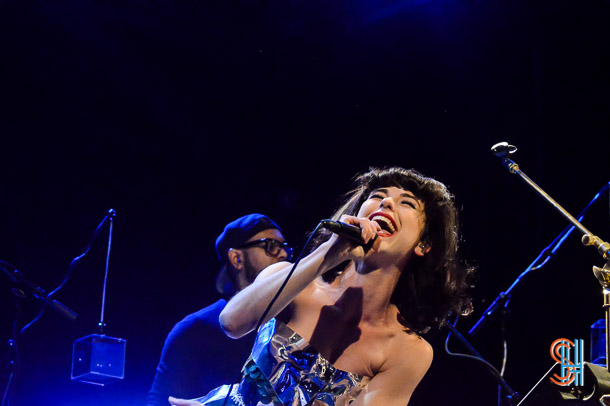 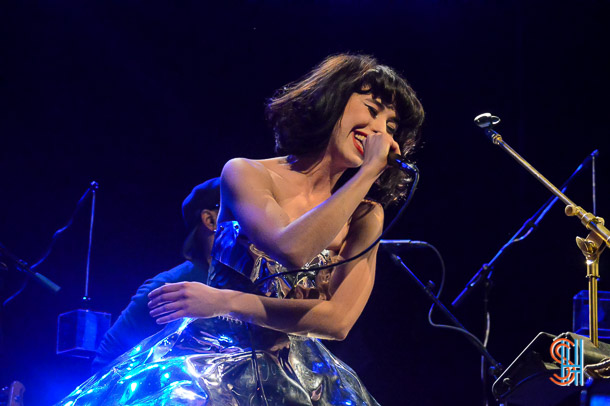 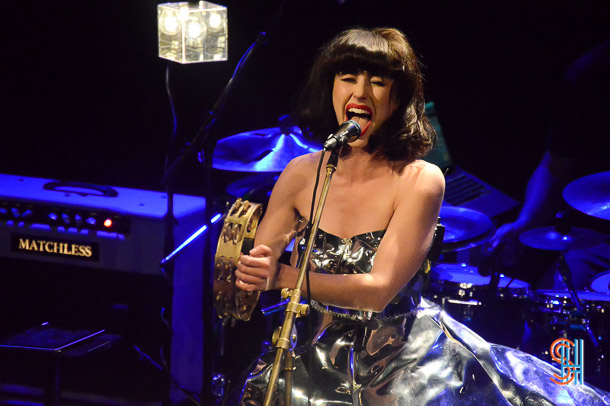 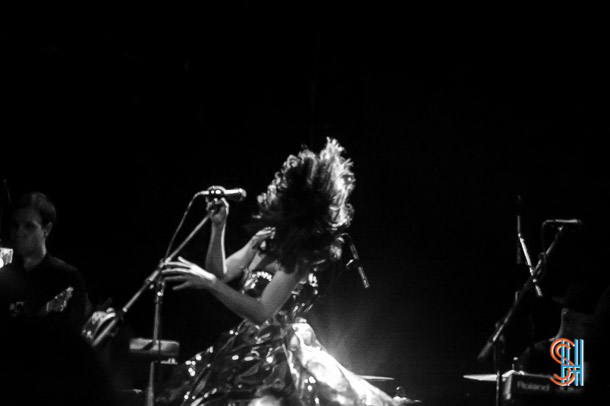 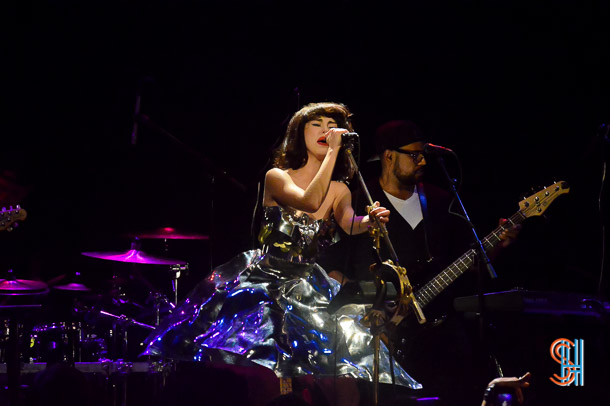 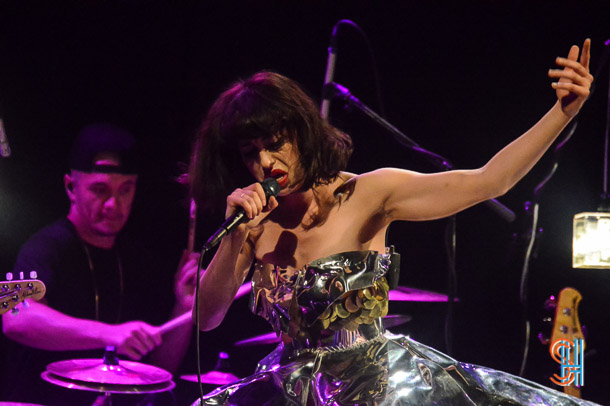 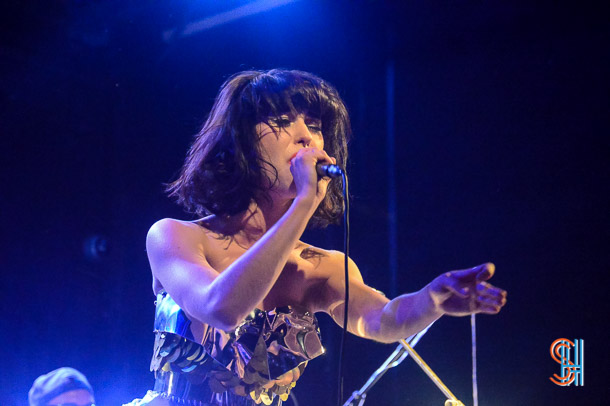 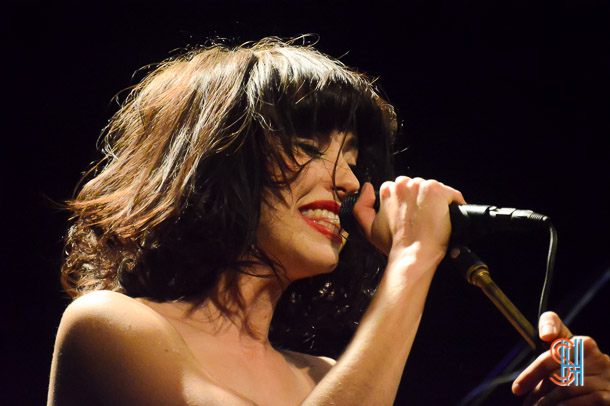 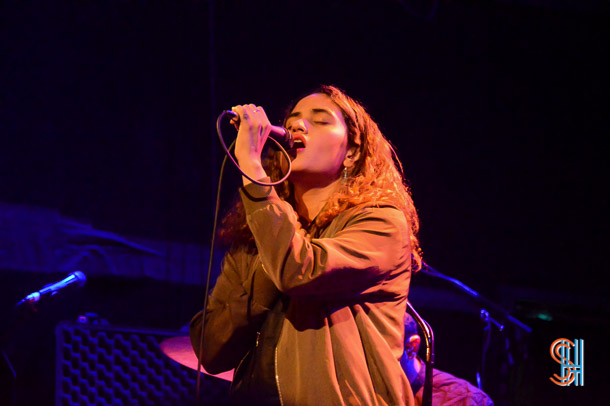 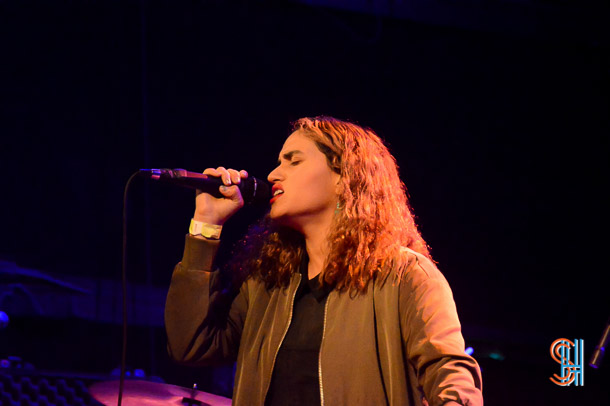 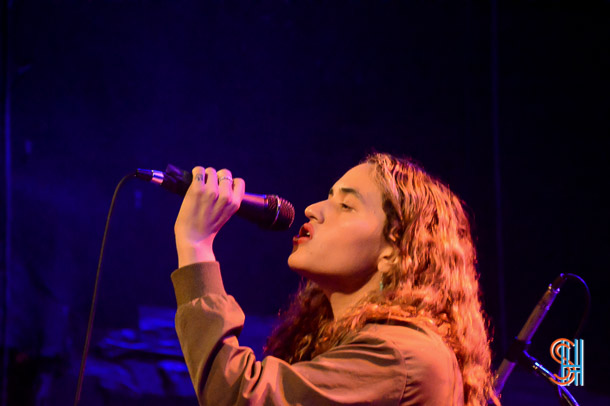