Celebrating their 165th anniversary this year Kiehl’s unveiled a number of new products like their personalized Apothecary Preparations service, as well as a number of partners with the likes of Hailee Steinfeld, Nick Wooster, and Vashtie.

We joined them at The Green Building in Brooklyn for the launch of their forthcoming holiday collection featuring the 2016 artist partner Jeremyville. Following along behind previous holiday partners Jeff Koons, KAWS, Kenny Scarf and more, whose work has adorned many a bottle of Crème de Corps, Jeremyville’s art will be featured on in-store merchandising, holiday gift sets, wrapping, stocking stuffers as well as a limited edition collection consisting of Kiehl’s Ultra Facial Cream, Calendula Toner and of course their Crème de Corps.

Even if you’re unfamiliar with this multimedia artist you’ll probably go crazy for the highly giftable products. Unveiled alongside a live mural by Jeremyville centred around NYC’s East Village, where Kiehl’s original store front is located, the launch event earlier this year in Brooklyn also featured an indoor skating rink, and life size advent calendar, as well as larger than life Jeremyville vinyl toys.

The limited edition collection and packaging launches in store later this year in November. Check out our experience at the launch event earlier this year below. 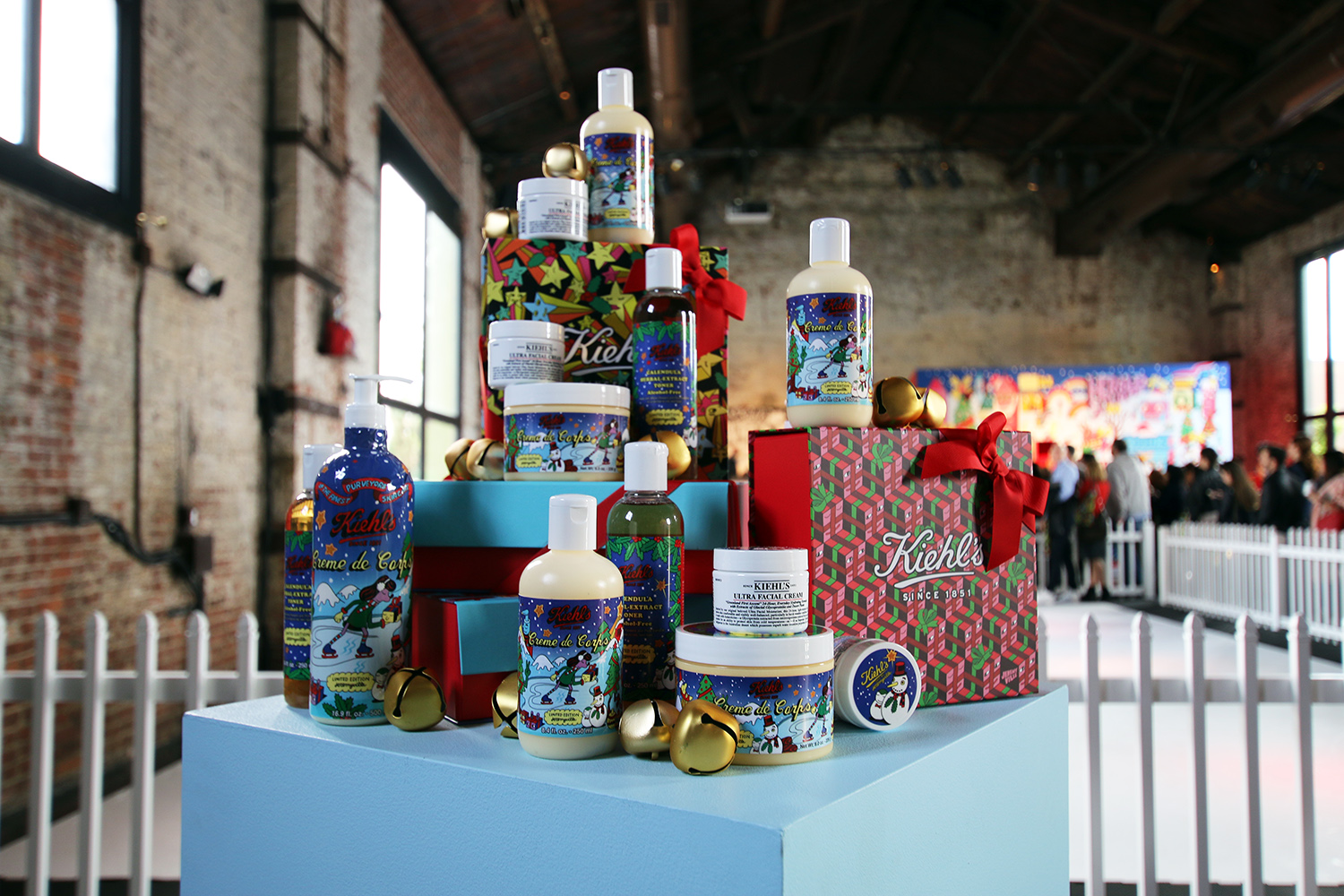 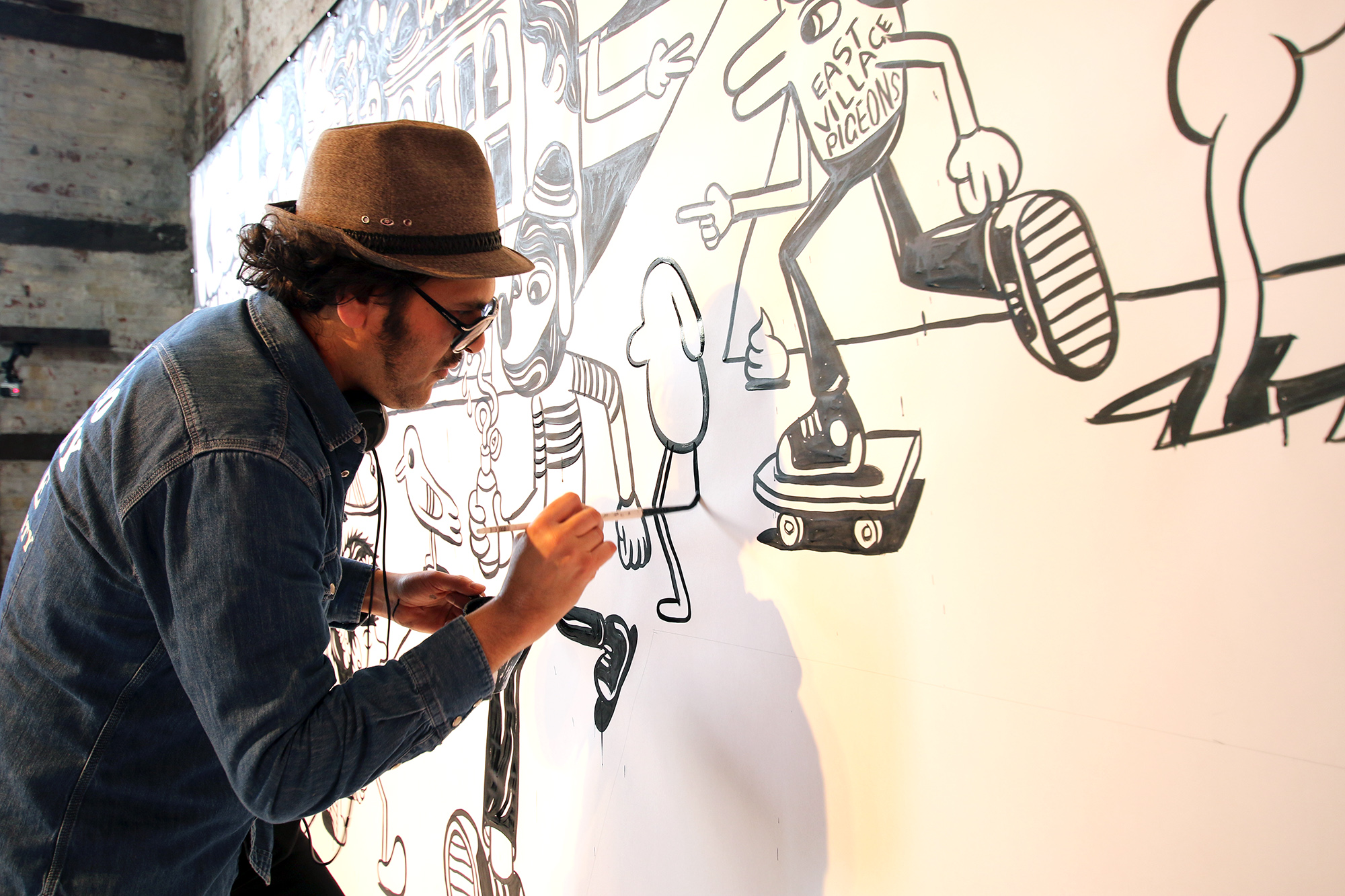 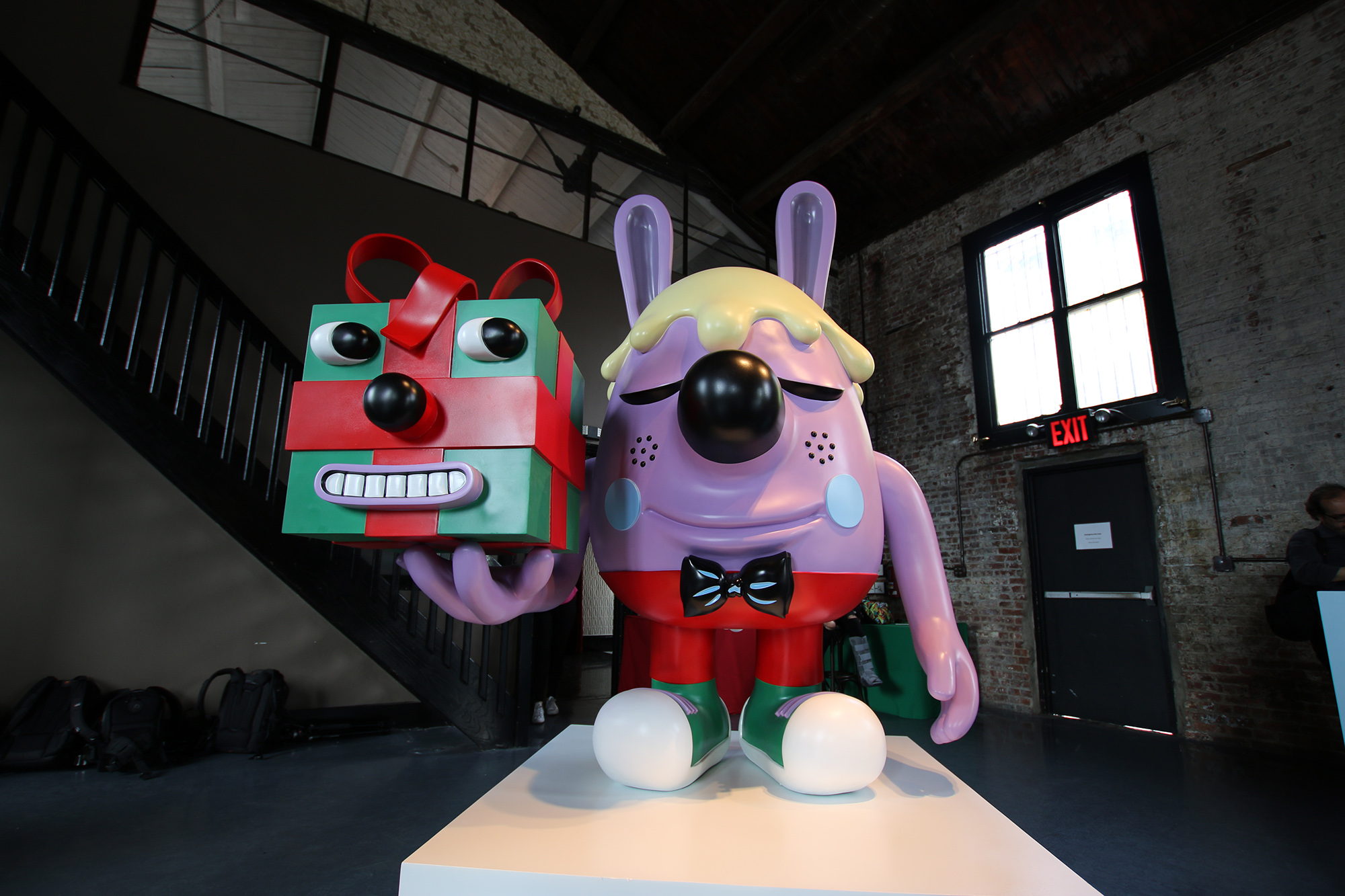 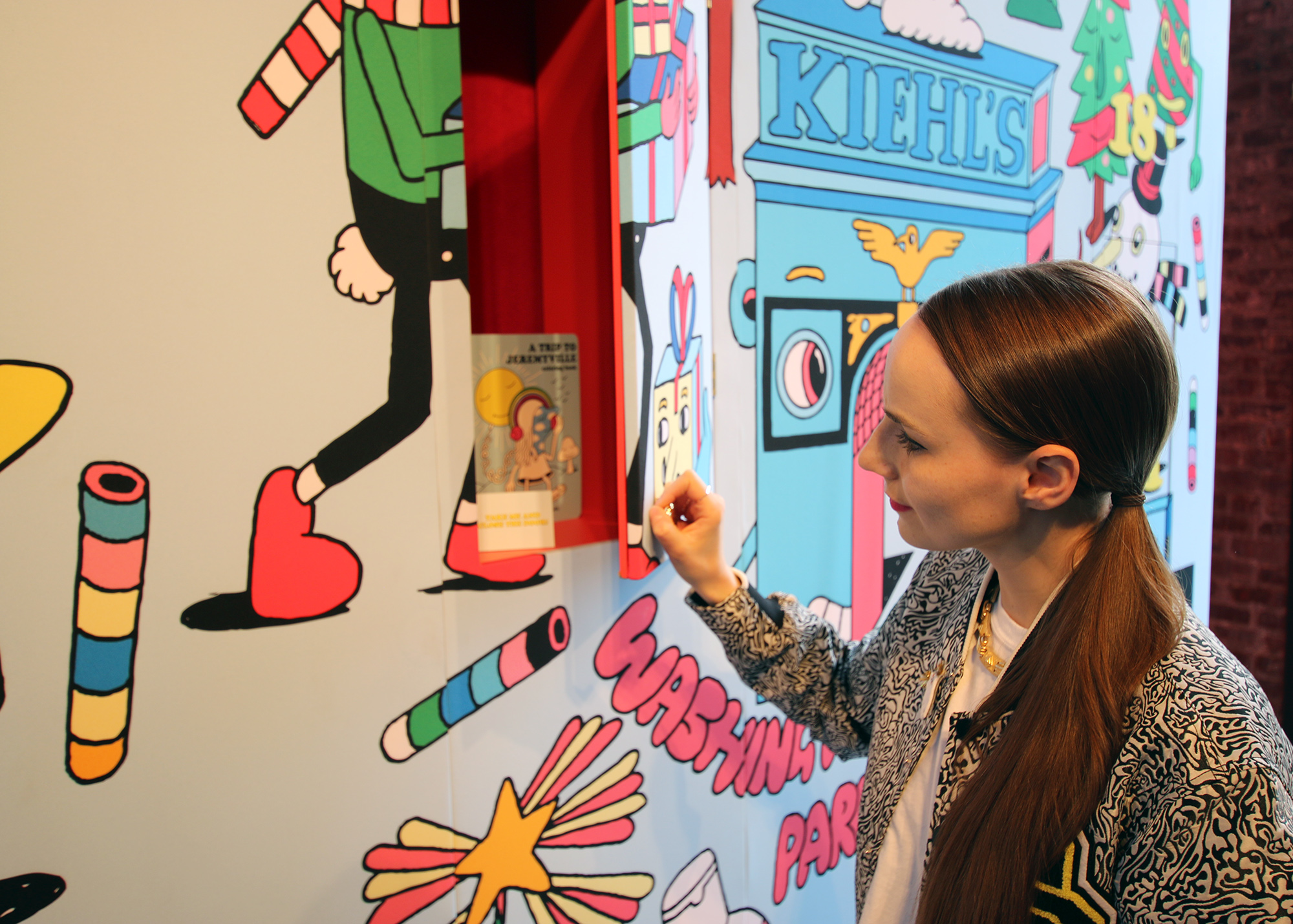 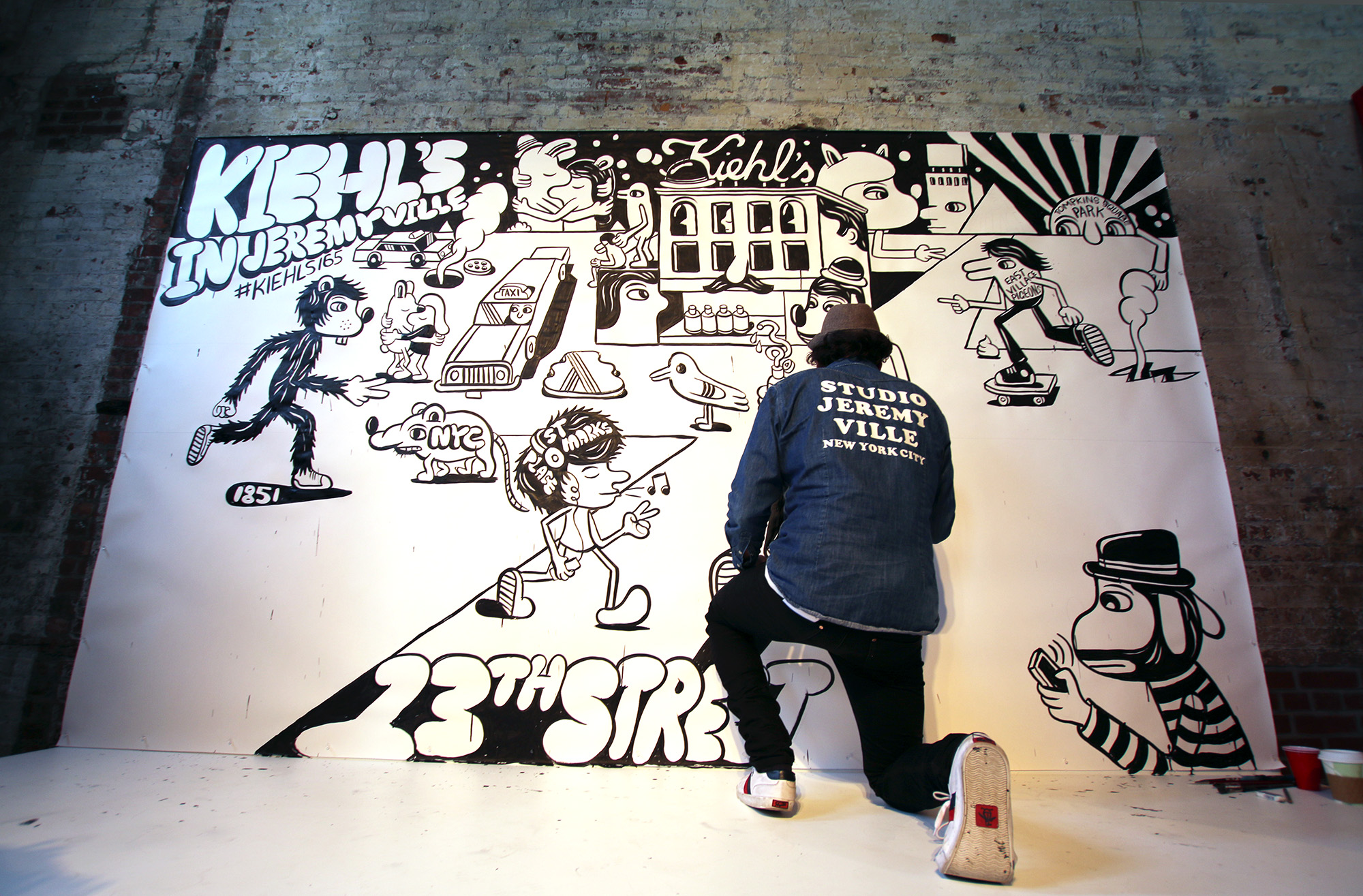