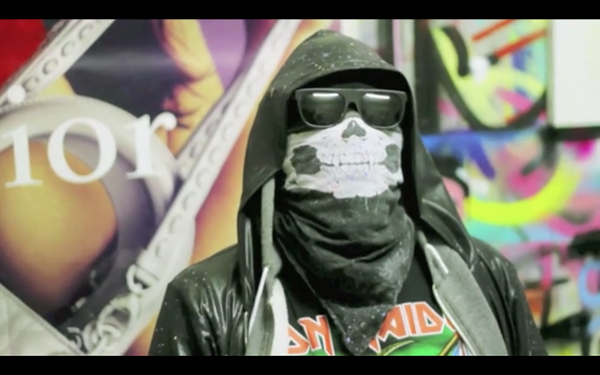 Got ten minutes? Then watch this! Angered and frustrated by the sudden rampant commercialization of graffiti into the mainstream, French street artist Kidult has taken to the streets of Paris to remind people of the importance of street art as a counter-culture movement. Directing his anger against major luxury labels, Kidult has gone on a rampage assassinating stores like colette, Agnés b., JC/DC and most recently Supreme in New York. The video below features pretty unique and super rare interview with Kidult in his workshop and follows him as he hits several major Parisian shopping destinations. There is even a seen in the video where he takes a shot at “Graffiti” artists who have sold their craft out, no names, but the picture is clearly on André.

This video is brilliant, intense, and a good reminder of the importance of the subversive. This is a must watch!