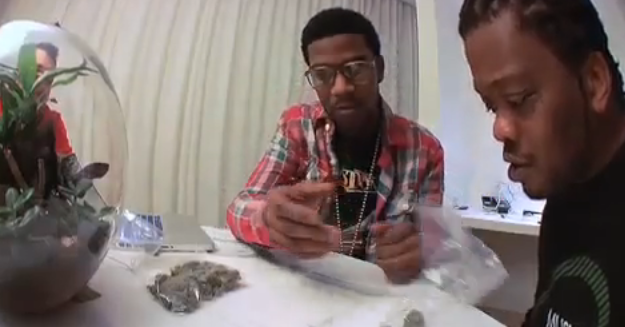 Checkout the the brand NEW track and accompanying video from Kid Cudi, called “Cudderisback,” filmed in Boston during a stopover on his latest tour.  The video was directed by Jason Goldwatch/DECON, and is pure jokes as Cudi celebrates getting a brand new bag of sticky icky. He really does seem overjoyed by the quality of the product he gets, so much so that it is the primary focus of the video, it is always within view. The song is pretty awesome too! Cudi once again calls upon his indie rock influences as he raps over a Vampire Weekend sample, which works flawlessly here,  and even briefly mentions his maybe relationship/ hookup with former Nickelodeon star Amanda Bynes.

Watch the video and enjoy and prepare to laugh a bit as well.