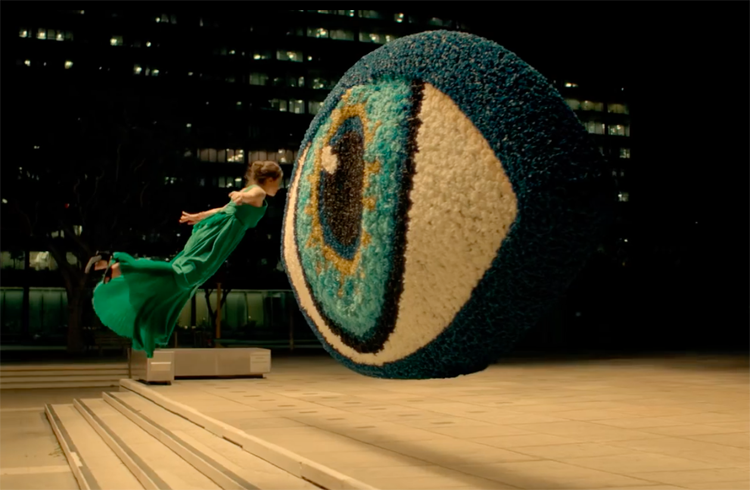 Set to the Sam Spiegel & Ape Drums track “Mutant Brain” featuring Assassin, the video follows Qualley through a fancy dinner party, where she is possessed into dance, rather energetically.

According to the press release Carol Lim and Humberto Leon envisioned the KENZO girl to be someone who, “inhabits the present, like right now. She’s not nostalgic at all. She likes movement and speed and the way things shift and slide and collide in real time. She’s never blasé, always enthusiastic. She stands out from the crowd.

Watch the clip above now.