Kendrick Lamar “The Jig Is Up (Dump’n)” [Produced by J.Cole & Canei Finch] 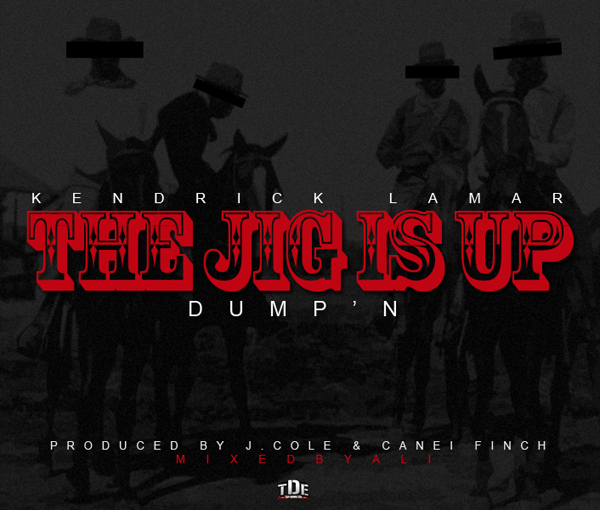 After having a pretty stellar first week, Kendrick Lamar, whose album good kid, m.A.A.d city is expected to debut at No. 2 with over 240,000 copies sold, has dropped a brand new track as a way of thanking his fans for all their support. “The week is up… Yall did it… AppreciatIon day is TODAY. With that being said. Me and COLE was in the stu lastnight,” Lamar tweeted. The track they were working on, “The Jig Is Up (Dump’n)” was produced by J. Cole and Canei Finch and you can listen to it below. There is even a pretty funny dig at Shyne. Enjoy.