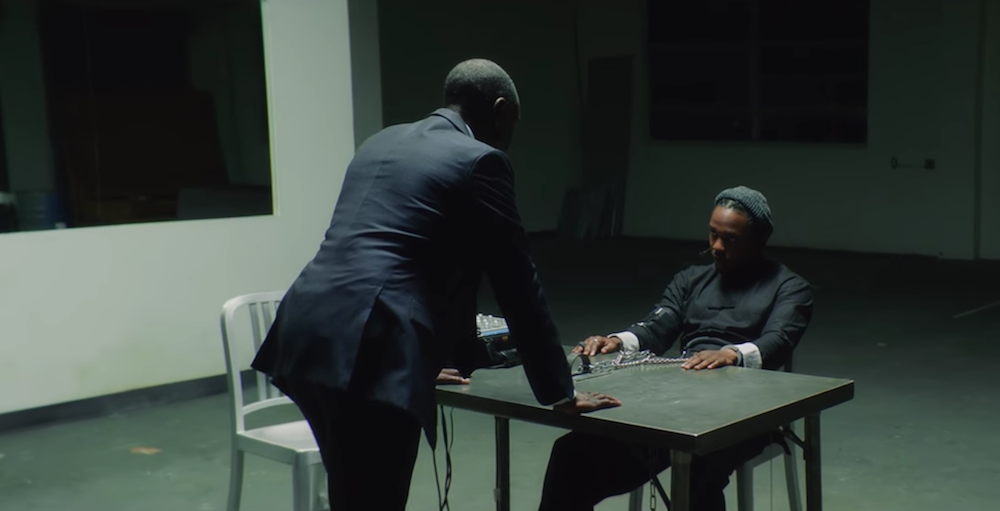 The video, directed by Nabil and the little homies (Dave Free and Kendrick himself), sees Kendrick and Don Cheadle exchanging verses over a lie detector. Kung Fu Kenny makes an appearance in the second verse and delivers more bars outside. Pay attention and don’t miss Schoolboy Q’s cameo at the end.

Watch the video for “DNA.” above.