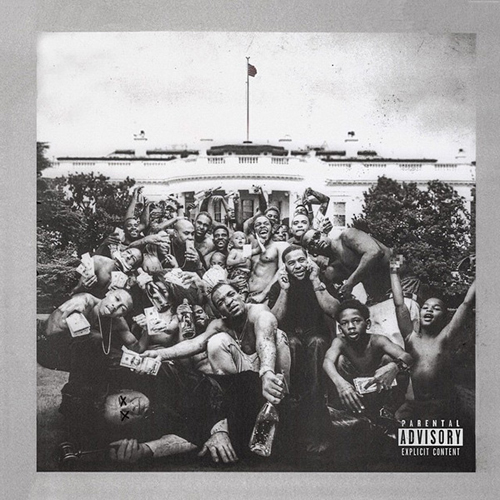 Late last week, rapper Kendrick Lamar had the Twitterverse all in a whirl when he announced the release date of his sophomore. Today Lamar took to his Instagram and revealed the cover of his upcoming sophomore album as well as the possible title. The black-and-white image shows a crew of homies hanging our in front of the White House with stacks of cash and 40’s, while a dead judge lies on the ground. Although K.Dot didn’t explicitly mention the name of his album, but in the Instagram post caption he alluded to To Pimp a Butterfly, as the title.

To Pimp a Butterfly is the follow-up to his 2012 debut good kid, m.A.A.d city, and is scheduled to drop March 23 and feature 16 tracks. The album is available for pre-order on iTunes now.