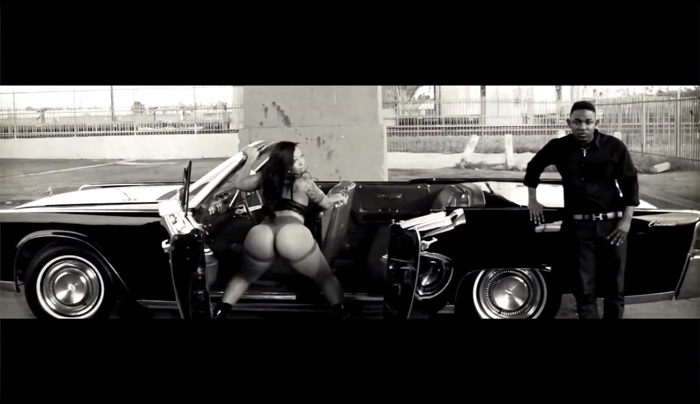 Kendrick Lamar fully understands the saying “A rolling gathers no moss” as he starts 2013 off with a bang by dropping the official video for ”Backseat Freestyle” off of his critically acclaimed good kid, m.A.A.d. city album. The black and white clip has Lamar both in his hometown of Compton and in Paris, which makes sense considering the hook of the song. The video also features a thirty-second interlude with Lamar’s father (maybe) and Sherane, a booty-bouncing dancer. I suppose this video could be considered not appropriate for work, but you can be the judge of that. Watch below.