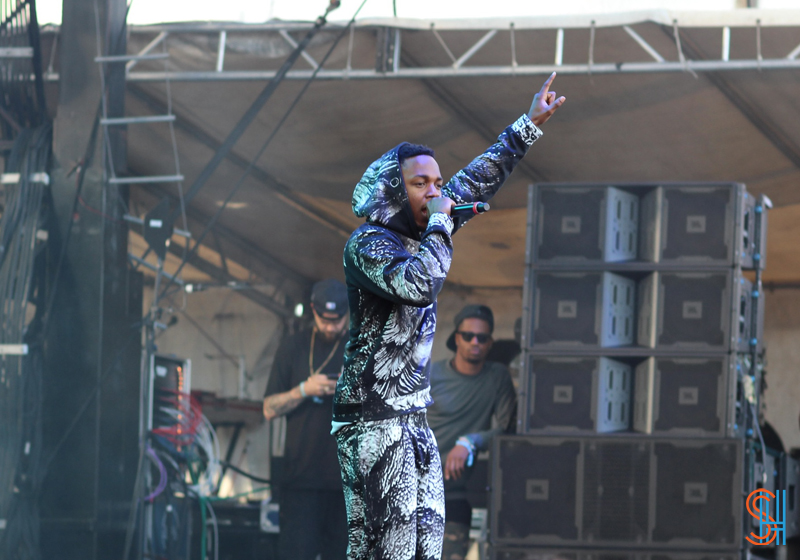 Top Dawg Entertainment head honcho Kendrick Lamar didn’t let the six inches of mud “Kill his Vibe” as he took to the Honda Stage at Governors Ball on the hot and sticky Saturday. Rocking a full Christopher Kane greyscale creature print hoodie and track-pant combo which features a full image of Universal Studio’s Creature From The Black Lagoon, the Compton rapper dove right into it.

Testing the audiences knowledge, K. Dot dropped tracks from his pre Good Kid, M.A.A.D City discography like “P&P 1.5”, as well as tracks he’s featured on like A$AP Rocky’s “Fucking Problems” and Young Jeezy’s “R.I.P.” Remix, before diving into his recent hits. Constantly throughout the set, Lamar shouted that this was the “livest date on the Motherfucking Tour!” as well as “I LOVE New York!” before ending with his mega hit “Swimming Pools (Drunk)” which had even people walking to other stages singing along. 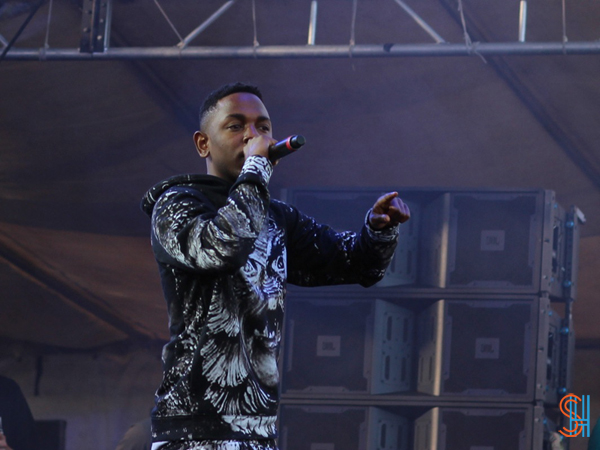 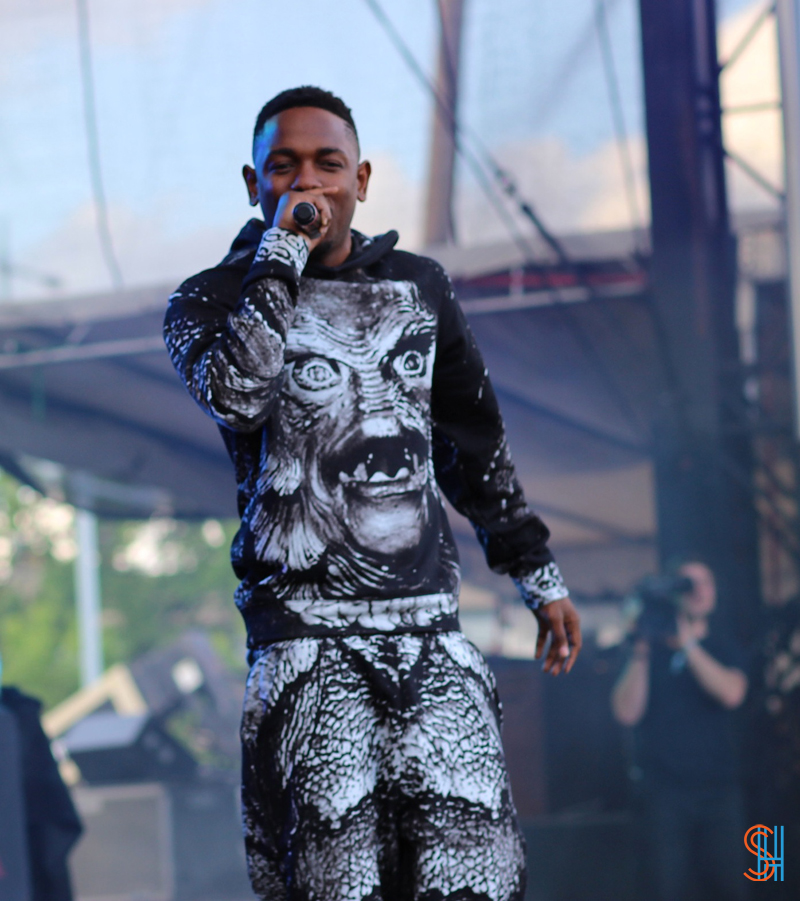 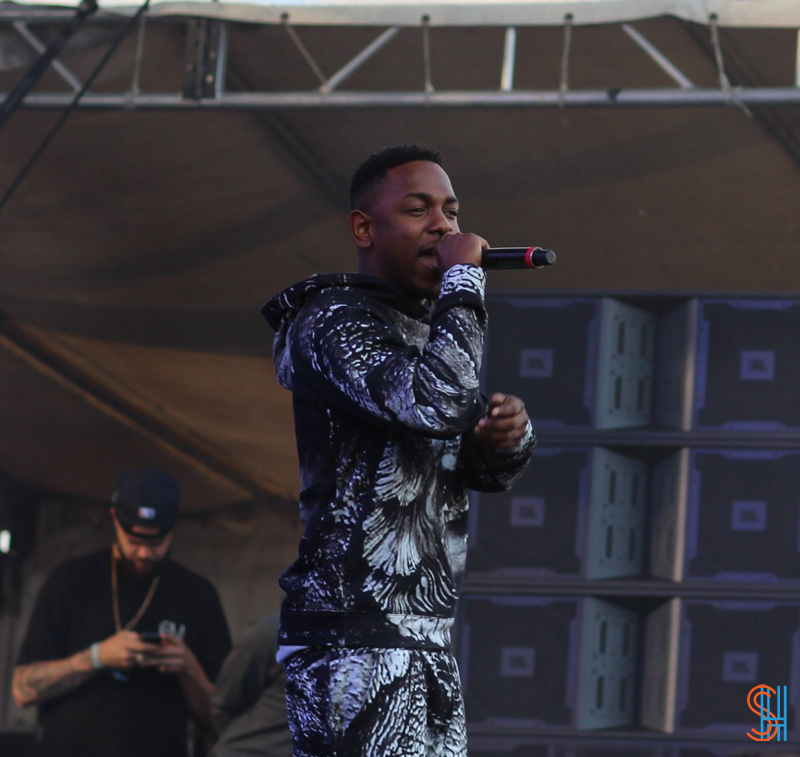