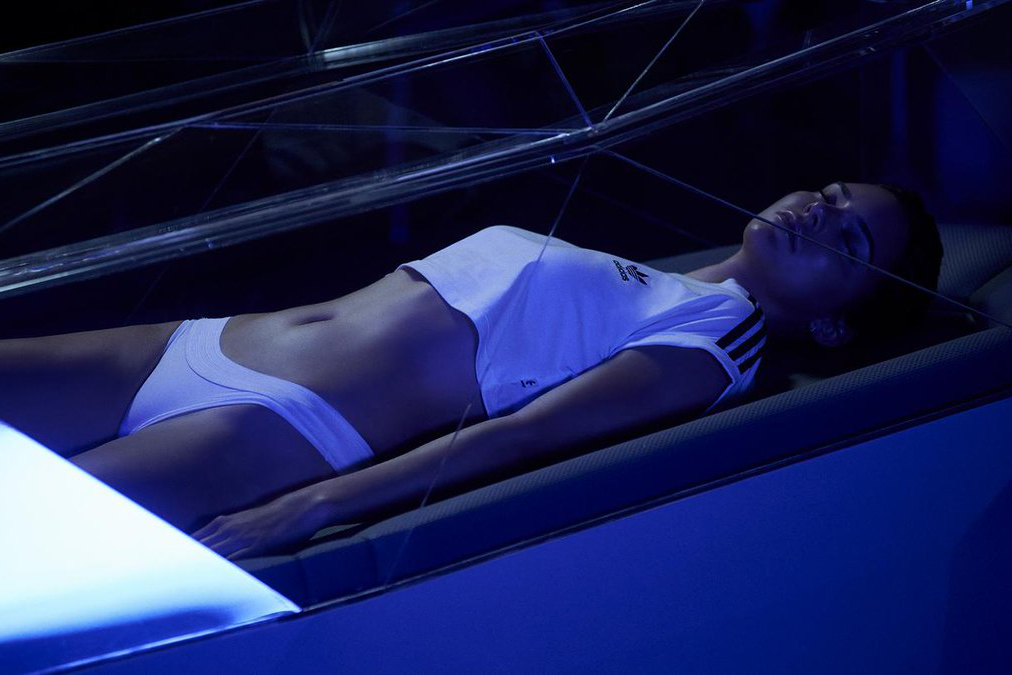 Back in May, Kendall Jenner was named adidas’ newest brand ambassador, and now her first official campaign film for the brand is here.

The energetic film, Original Is Never Finished, Chapter 3, stars the 21-year-old reality TV star-turned-model alongside Young Thug, 21 Savage and Playboi Carti. Jenner, who is encased in an incubation pod, emerges and is reborn as a modern-day version of Sandro Botticelli’s iconic “Birth of Venus.” The short film attempts to redefine the meaning of originality and is set to a remix of Frank Sinatra’s “My Way.”

Watch the third installment above.