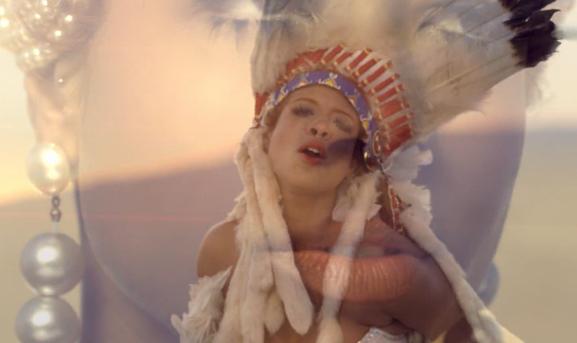 I’ve had a soft spot in my heart for Kelis ever since her 2003 release Tasty, which was played on repeat that entire summer. A mix of Neptune’s beats and her high-octane, respect demanding lyrics, Tasty was a certified classic. After that album, she ventured away from the Pharrell inspired beats and continued to diversify her sound, both to the growth of her musical career and perhaps detriment to my own personal affection towards her musically. Regardless I still had much love and respect. To be honest it was probably her marriage to legendary O.G. rapper Nas, that made me loose the most respect, for both of them, it simply seemed like an ill-fitted relationship, and as we can now see with their freshly sign divorce, not the best fit. At least Kelis didn’t get a tattoo of Nas on her arm….

So all this, to say that I am really loving this new sound from Kelis. It is a lot more electro/clubby then anything I’ve heard from her before, but it works. Couple that with this somewhat Sade “Soldier of Love” inspired video and you have a Kelis on the brink of an epic return (hopefully).  The single is called “4th Of July (Fireworks)” and is from Kelis’s fifth studio album titled Flesh Tone.

I think I am looking forward to this album! Watch the video below!