Keira Knightley for Interview Germany May 2012 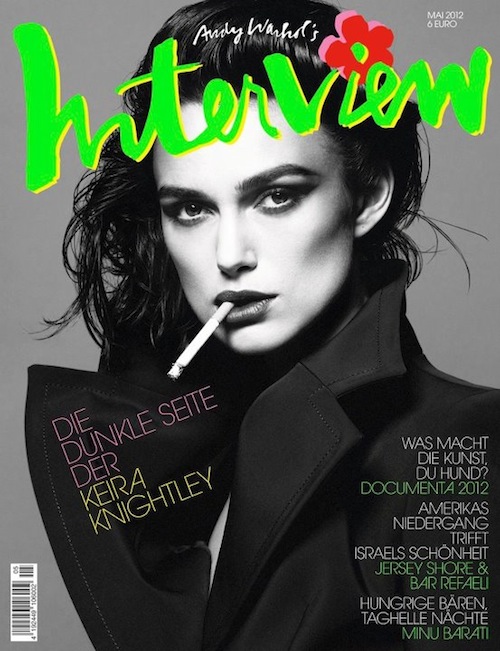 Keira Knightley stars on the cover of Germany’s Interview Magazine, which we can only assume was shot at the same time as the US cover from April 2012 which has a similar vibe going for it.

Shot by Mert & Marcus for the May 2012 cover of the German edition, Keira channels that same vampire-esque energy in the photo.