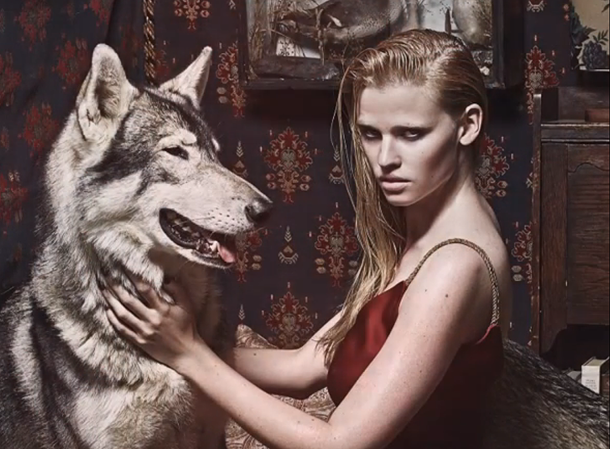 For the September issue of British Vogue, top-model Kate Moss turns director and camerawoman. In her very first foray into film-making, Moss shoots Lara Stone bonding with the beautiful British Lupines on the shoot styled by Moss and photographed by Mario Sorrenti. Echoing her supermodel credentials, Moss shot the film on Super 8, giving the short an authentic filmic quality that adds to Sorrenti’s moody and mystical stills. Who better to provide the soundtrack to the video than her husband’s band, The Kills, whose “Goodnight Bad Morning” lends to the gentle haunting of Moss’ debut.