Kate Moss (As A Child) for L’Officiel Spain Debut Issue 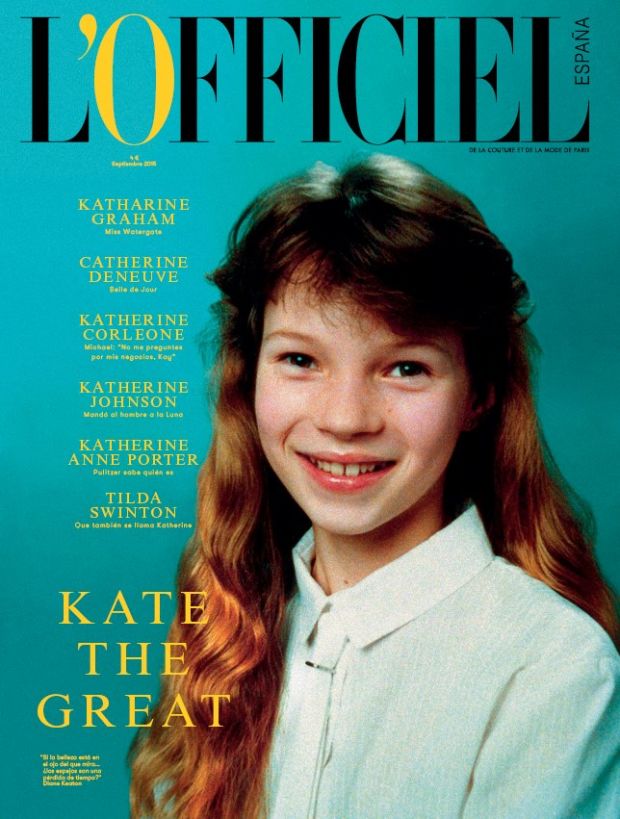 Kate Moss stars on the cover of L’Officiel Spain’s inaugural issue this September, only it’s not the usual Kate Moss we’re used to seeing looking mega sexy and often scantily clad. They’ve pulled an image of Moss from the 80s when she was a totally normal preteen which is apparently a yearbook photo found on the internet. The issue is titled Kate The Great and highlights some of history’s most iconic women by the name of Kate including fashion icon Catherine Deneuve, journalist Katharine Graham and Katherine Johnson, the American physicist and scientist who helped put the first man on the moon.