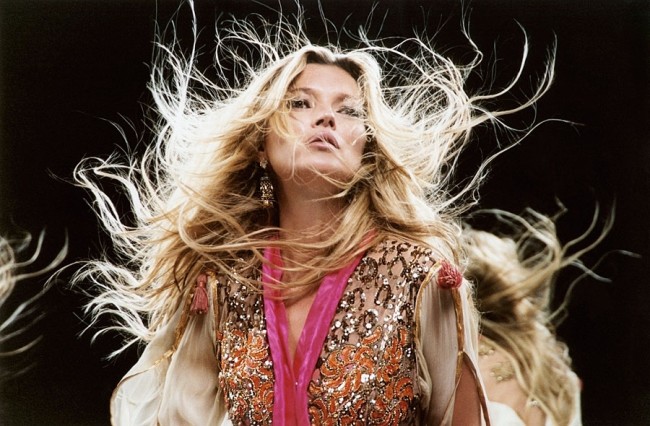 Remember that haunting holographic comeback Kate Moss made during the McQueen AW show back in 2006? We sure do and this KM3D-1 finally reunites Moss with renowned filmmaker and artistÂ Baillie Walsh for an exclusive collaboration meant to blend fashion, art and film in 3D.

Premiering during London Fashion Week at the Haunch of Venison gallery, the film features a “performance” of sorts by Moss as a “mythological goddess who shatters her self-image through an explosion of hundreds of tiny crystals,” Swarovski ones at that.

Shot using Phantom cameras custom built to use for the project, the film marks the first time Swarovski crystals will be seen in 3D andÂ is quite haunting and rather ominous.

Though it’s best viewed through 3D glasses, which you can get by picking up the latest AnOther Magazine (#19), you should take a look at this fantastical film below which reaffirm Shirley Bassey as well as the behind the scenes photos.

Diamonds (or rather crystals) are forever. 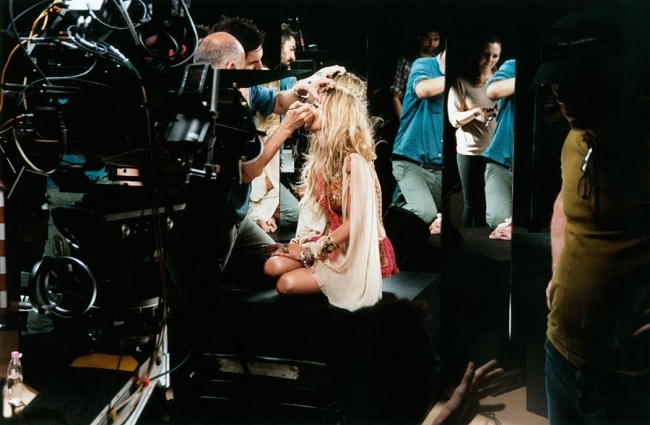