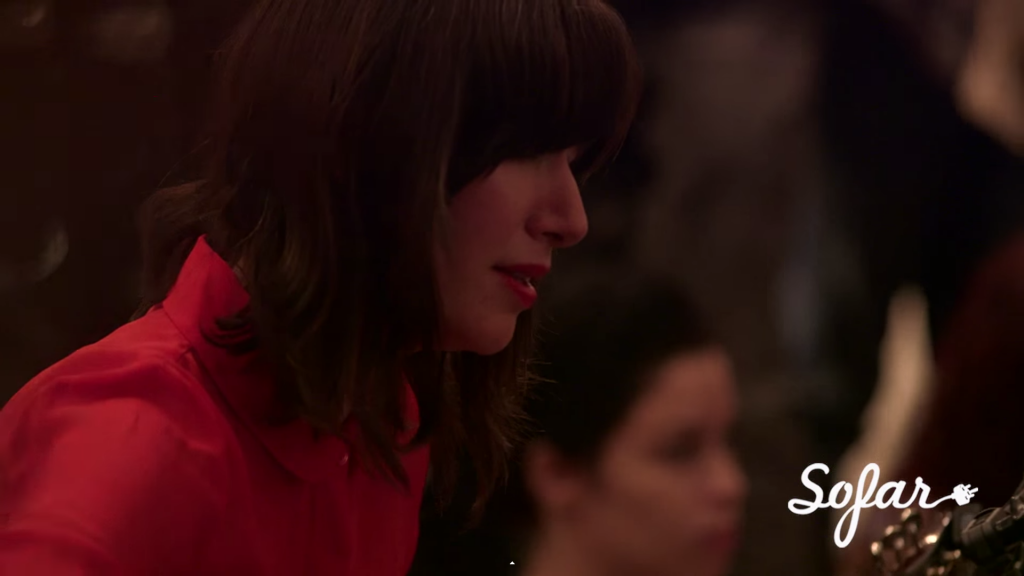 Yeah Yeah Yeah’s frontwoman Karen O recently played a string of intimate sold out shows in New York City. Leading up to the release of her solo album Crush Songs, she announced she would also play in the homes of some truly lucky fans. On August 27th, Sofar Sounds hosted a listening party in the living room of one of these fans in NYC.

“When I was 27 I crushed a lot. I wasn’t sure I’d ever fall in love again. These songs were written and recorded in private around this time. They are the soundtrack to what was an ever continuing love crusade. I hope they keep you company on yours.”

The album, a collection of lo-fi bedroom recordings, came about in 2006 and 2007 and is out now on Julian Casablancas’ Cult Records.

“So excited, lucky and proud to be involved with such a classic album—I just wanna listen to it all day. Karen is an all-time great.”

We feel the same way, Julian. As of September 27, you can actually get Crush Songs on cassette as part of Cassette Store Day.