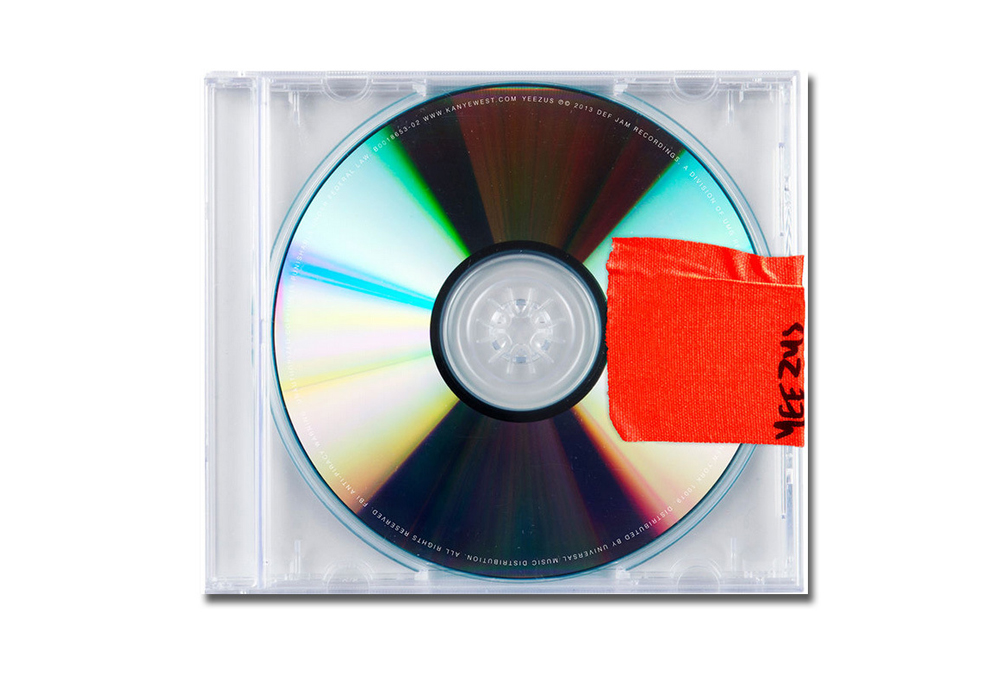 Kanye West has officially unveiled the official artwork for his sixth album Yeezus. Always one for the dramatic Kanye has chosen A blank CD in a clear plastic case with a piece of red duct tape attached to the side with Yeezus written in Sharpie on it. Simple. Effective. Late last month a somewhat modified photo circulated the net of the album art with what appeared to be a melted Jesus piece and the red tape on it.

The packaging was designed by DONDA, Kanye’s creative company, who also did the artwork for 2 Chainz’ Based on a T.R.U. Story and Lil Wayne’s I Am Not a Human Being II.  Yeezus will be released on June 18.