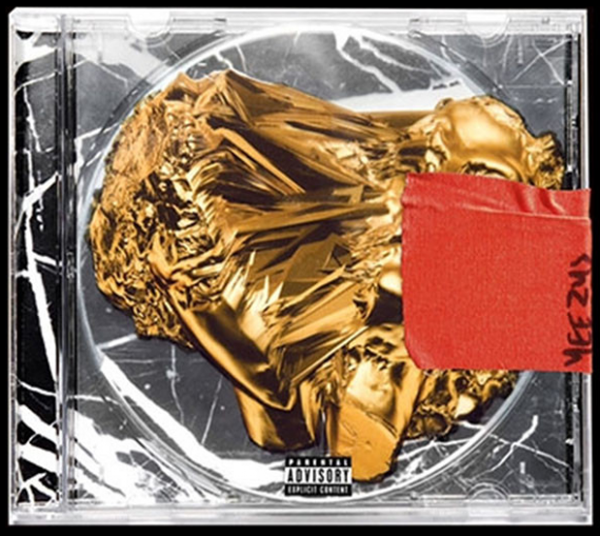 Always the showman, Kanye West has unveiled the album art for his upcoming sixth solo LP titled “Yeezus.” The first image features Kanye wearing the brand new red/red Nike Air Yeezy 2 sneaker, the first new colourway after the official two colours were released last summer. The cover features an image of what looks like his famous Jesus piece melted down, with a piece of red duct tape stuck to the side with the title “Yeezus” written in Sharpie on it. Check it out. 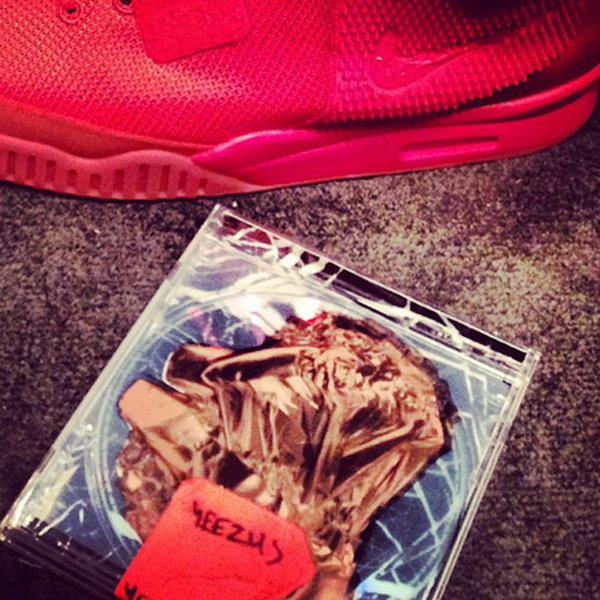