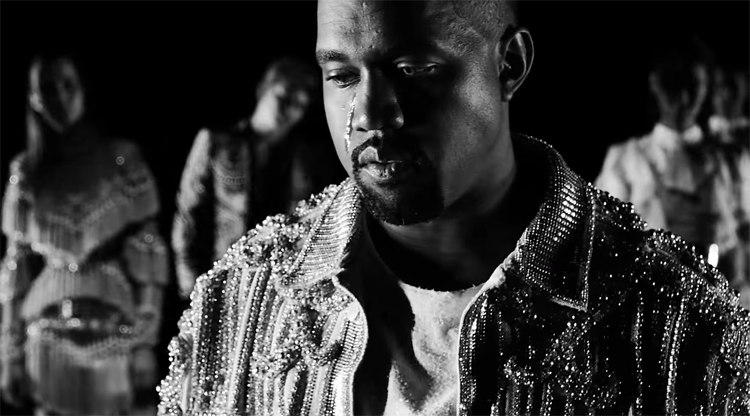 Is it an ad? Is it a music video? Is this the future? Either way, no one has ever accused Kanye West of NOT being innovative and today he’s once again reaffirming this with the release of his music video for “Wolves” off The Life of Pablo. The black-and-white video was directed by Steven Klein and features a teary-eyed Kanye, Kim Kardashian, Sia, Vic Mensa, as well as a slew of supermodels, including Kylie Jenner, Alessandra Ambrosio, Francisco Lachowski, Joan Smalls, and Cindy Crawford.

Watch the video above right now, and if you’re curious, take a closer look at the Balmain Fall 2016 ad campaign imagery.