Kanye West Performs “Only One” at The Grammys 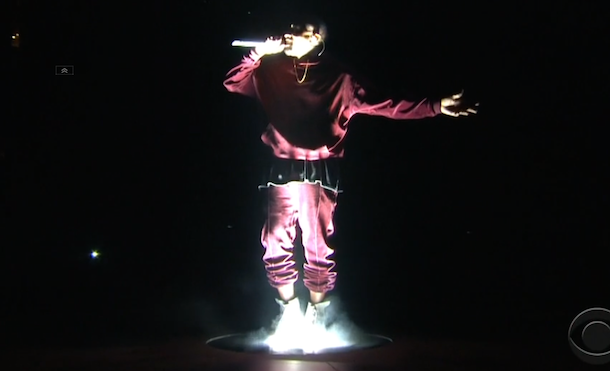 After premiering “Only One” on the Ellen Degeneres show earlier this week Kanye West took The Grammy stage to perform the track live rocking his Yeezy Boost and a burgundy velour track suit. He also announced on the red carpet that he was the executive producer on Rihanna’s forthcoming new album.

In case you missed it, watch the performance below now and stay tuned for his performance with Rihanna and Paul McCartney.