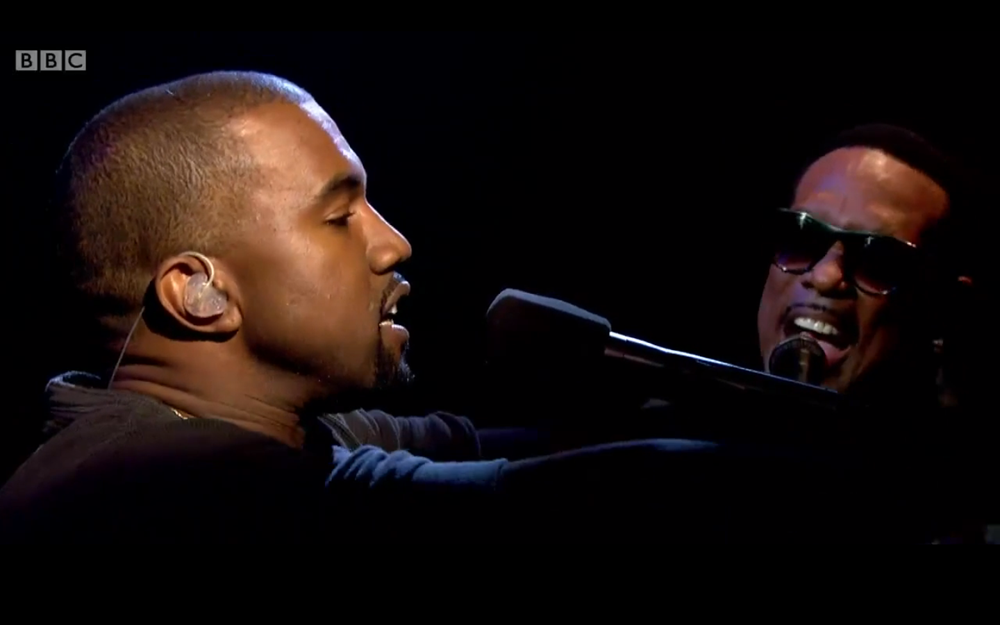 Last week Kanye West took to the stage of the British television program Later… With Jools Holland to perform”Bound 2” with Charlie Wilson. Over the weekend, the BBC show aired another two Kanye performances from that night, the Yeezus tracks “New Slaves” and “Blood on the Leaves”. For “New Slaves,” Kanye offered a simpler, less frenetic acoustic rendition of the song, relying on piano keys in the background and removing the aggressive synths. Watch below.

“Blood on the Leaves”: