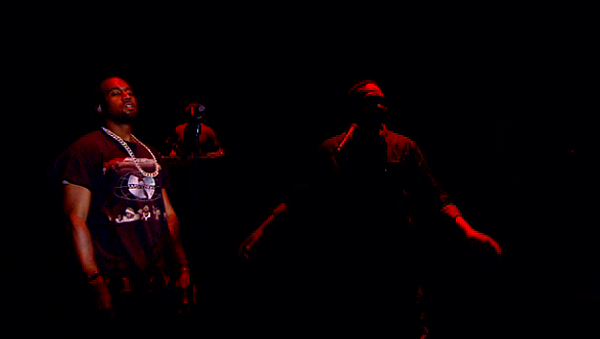 Last week Kanye West performed a dramatic of “Black Skinhead” on French TV show “Le Grand Journal”. Today the French television program released video of his “Bound 2” performance with Charlie Wilson, which was taped at the same time. Kanye and Uncle Charlie had previously performed the track on ‘Jimmy Fallon’ in the States and ‘Jools Holland’ in England. Watch as Kanye does his thing in a long red coat and Wu-Tang t-shirt below.