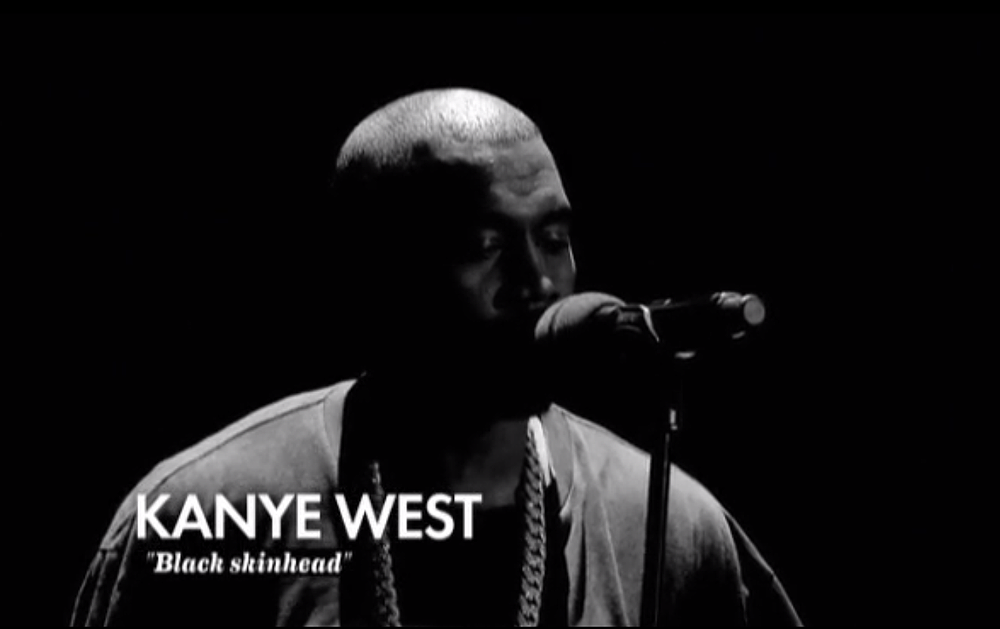 Kanye has his Yeezus promo tour going full throttle while he’s overseas in Europe. After his interview on BBC Radio 1 and his live performances on Later… with Jools Holland, Kanye stops by French show “Le Grand Journal” for another performance. Rocking a Wu-Tang shirt and ripped jeans, Yeezy unleashed “Black Skinhead” onto the French audience. It was such a mighty performance that it ended with Kanye singing on the floor. Watch below.