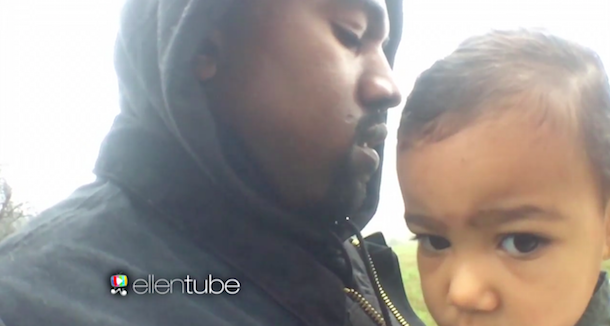 Earlier today Kanye West was a guest on The Ellen Degeneres Show. Not only did grace the world and the mommy filled audience with a rather tame interview talking about being a father and having a family, touching briefly on his forthcoming collaboration with adidas, but he also shared a preview of his new video for “Only One” which is directed by Spike Jonze and features Paul McCartney.

“I have always someone to think about going home to: something not only to be brave for what I want to do for humanity, but also to be more protective of myself for my family.”

The track is set to appear on his forthcoming album which has not been named yet. Watch the interview, the preview, and a clip of Ellen rapping for Kanye below now.