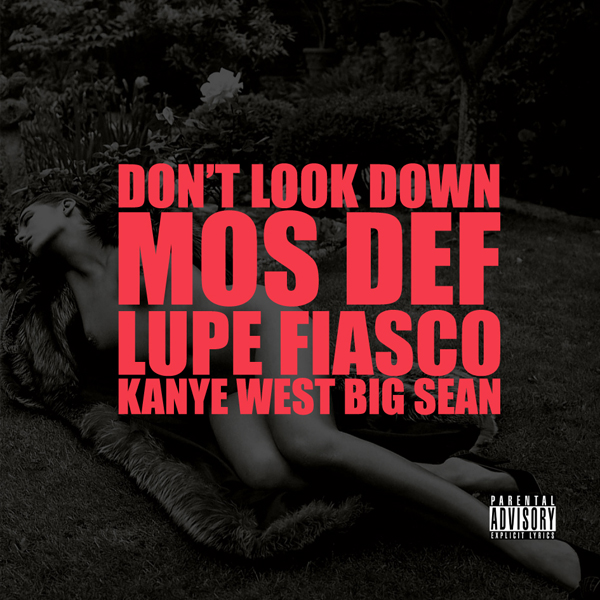 G.O.O.D. Friday’s have recently become Good Saturdays as Kanye West races around the world debuting his short film Runaway as well as adding last minute touches to his upcoming album, set to drop in a couple of weeks. The song is the tale of the phoenix told over a marching beat, with the help of Lupe Fiasco, Big Sean, and Mos Def, who works his magic on the hook.

I really think Kanye did a brilliant thing by giving away his music for free these last 11 weeks. It’s built a busy, almost entirely centered around stunning music, as opposed to, say public spectacles. Although if you follow him on Twitter, you can still be privy to his rants.

Give the new track a listen and once you love what you’ve heard, you can download “Don’t Look Down” in it’s entirety here. Enjoy!