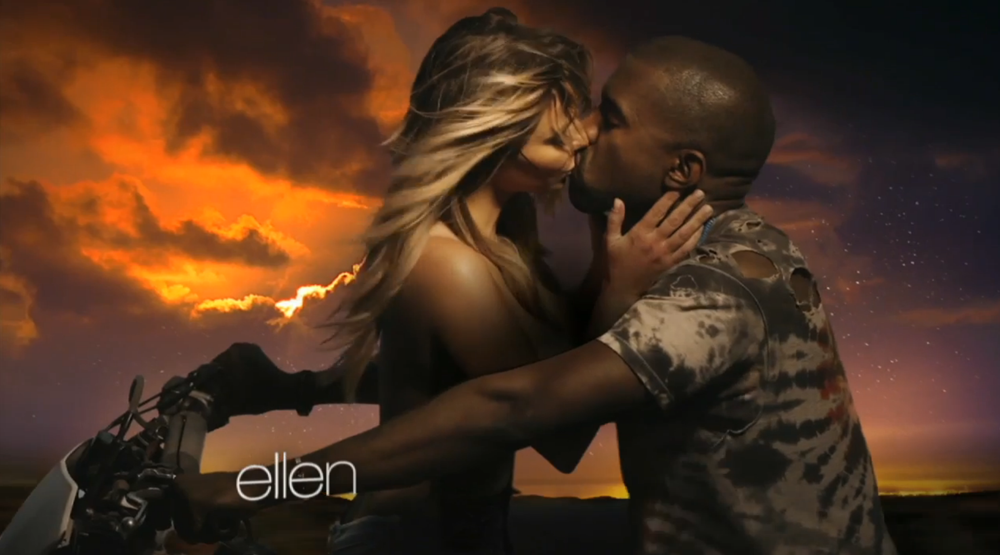 This morning, viewers of The Ellen Show got a special treat as Kanye West himself premiered the official video for “Bound 2.” The Nick Knight-directed visuals show Kanye riding off into the sunset with his fiancée Kim Kardashian. Yes, the road might be bumpy…literally, but the two are in it together. While watching the video it’s hard to ignore that it does seem to appear the two are…”making love?”

While we aren’t going to sit here and blame this on “art,” it is evident that the video is a throwback to classic surrealism in film. The automatism of the backdrop and exploitation of film effects all suggest subconscious and non-rational significance.

Overall, we found the video quite entertaining. Check it out below.