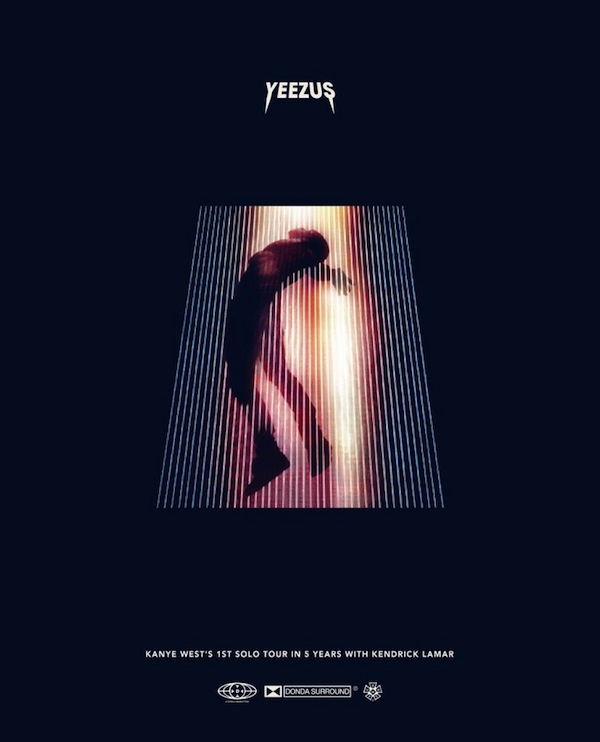 Mr. Kanye West has not embarked on a solo tour since his 2008 “Glow In The Dark” tour…until now. Kanye announces this morning, via twitter, that he will be going on a 23-city tour that has stops in Chicago, Philadelphia, Vegas, Toronto, Houston, Miami and more. Of course there will be two shows in New York City, one at Madison Square Garden in Manhattan and one in Brooklyn’s Barclays Center.  It’s also been rumoured that the dates below that have “^” next to them will have special guest appearances. We have a feeling that Toronto may see some special guests too. 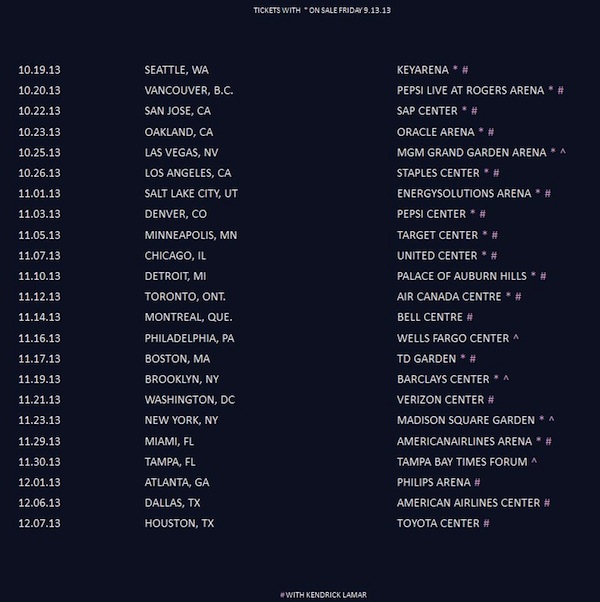