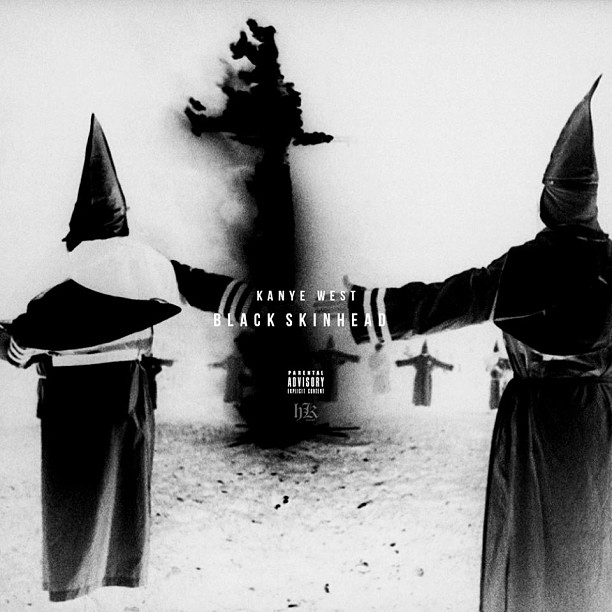 Last week Kanye West debuted visuals for “New Slaves” in 66 countries around the world in the streets. ‘Ye sent fans on a scavenger hunt to find a selected venue near them to watch the video projected on the walls of buildings.

Today West announces via Twitter “NEW PROJECTION LOCATIONS TONIGHT KANYEWEST.COM.” If you check out his site you’ll find that he’s chosen new cities, but same M.O. Def Jam France’s twitter account also leads us to believe it will be a projection of “New Slaves” again.

Along with this announcement, Kanye released the artwork for “Black Skinhead.” The art is seemingly what you might expect based on the song’s titled. Now, when there’s artwork for a song that usually indicates that it’s a single. After much speculation that there would be no single until Yeezus drops on June 18th, you can probably expect to catch “Black Skinhead” on iTunes soon.