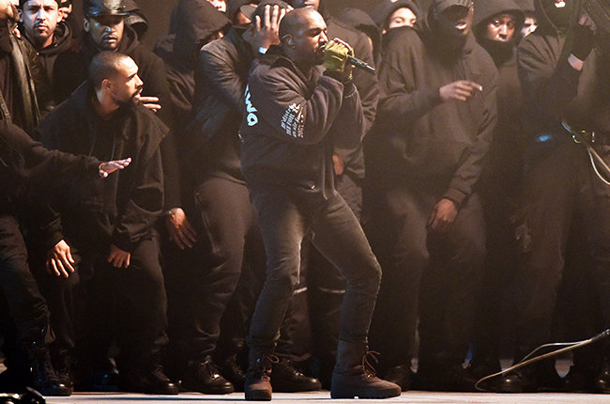 Get ready to bow down. Kanye West has finally released the finished studio version of his fiery hot new single “All Day,” featuring Theophilus London and Allan Kingdom. After debuting it last week at the 2015 Brit Awards, Kanye keeps the momentum going by premiering the finished version on L.A.’s Power 106 and New York’s Hot 97 minutes ago! You can already hear it getting played everyone, people are getting turnt up, Monday is starting to look like it’s a write off. Press play below and be part of Yeezy Season!

“All Day” joins “Only One” and “Wolves” on Kanye’s new upcoming album So Help Me God, expected to drop any day now.